The race for the Premier League Golden Boot reached its conclusion on a memorable final day of the season.

Mohamed Salah has been unsurprisingly instrumental to Liverpool’s push for an unprecedented quadruple under Jurgen Klopp and currently leads the top scorer charts after notching 22 goals in 34 top-flight appearances so far this season.

However, a groin issue that forced him off in the first half of the FA Cup Final victory over Chelsea at Wembley meant the Egyptian came off the bench during Sunday’s title decider against Wolves.

Salah will no doubt want to avoid a potential repeat of 2018/19, when he was forced to share the Golden Boot with team-mate Mane and former Arsenal captain Pierre-Emerick Aubameyang.

Son Heung-min went into Tottenham’s game against Norwich with the hope of clawing back his one-goal deficit - and saw one moment pass him up when Dejan Kulusevski tried too hard to tee him up for a finish, only for the defence to clear off the line.

But the Korean did pull level in the second-half with a simple finish past Tim Krul.

Amazingly, Son smashed his 23rd goal of the season with just over 15 minutes left on the clock for the season. Yet Mohamed Salah poked home a late winner for Liverpool after a goalmouth scramble from a corner to go level. 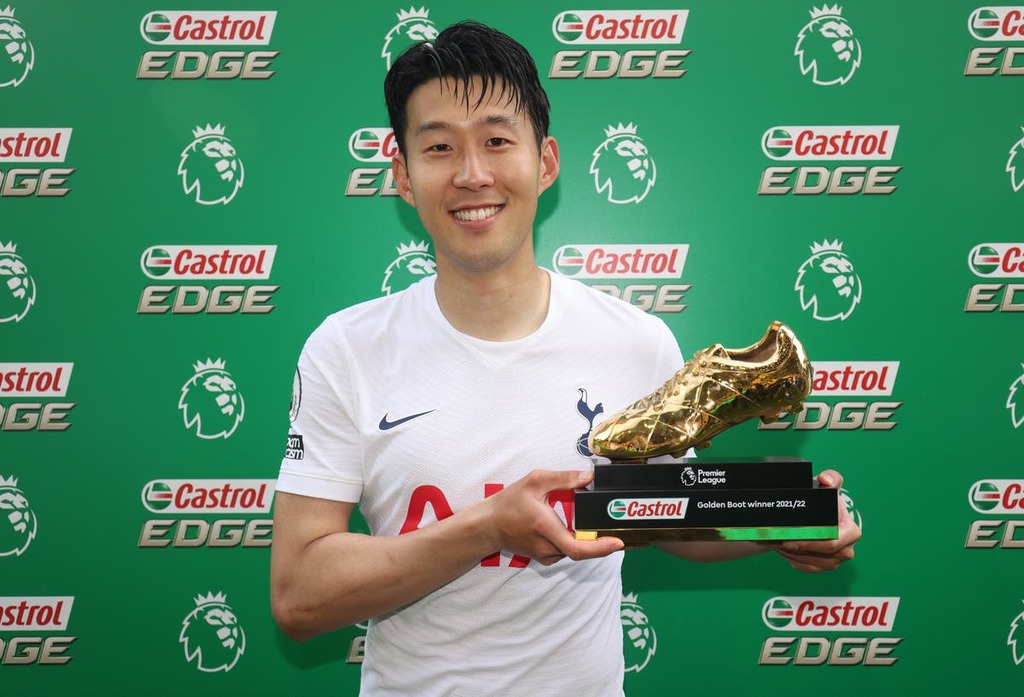