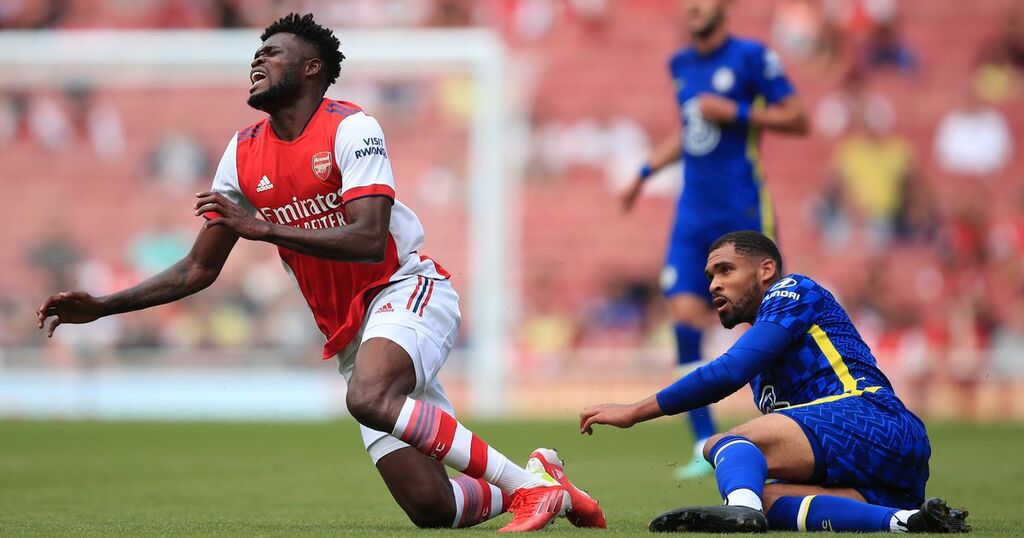 James Tarkowski went in for a hefty slide-tackle on Richarlison and miraculously escaped without a booking in Everton’s Monday night victory over Burnley.

This left Arsenal fans feeling bewildered because it seemed that Granit Xhaka was given a red card for a similar challenge against Man City a couple of weeks ago.

Even more worryingly is that the Gunners will be playing against Burnley in their upcoming fixture, and so far the referees have deemed tackles against Arsenal players not to be dangerous, even if the opponent doesn't touch the ball or catches the man’s leg.

Bukayo Saka was the victim of an assault by Chiellini during the Euro 2020 final when the youngster had his shirt pulled with maximum ferocity.

The targeting of Arsenal’s wonderkid has continued into the Premier League as Norwich also applied aggressive tactics towards the 20-year-old.

Premier League referees must stiffen their stance on Burnley's tackles before an injury occurs to one of the Arsenal players.

The Gunners have been on the end of bad challenges that have resulted in serious injuries during the Premier League era, and we were lucky to avoid a serious injury before this campaign even got underway after Dele Alli’s poor tackle on Nicolas Pepe in pre-season was only punished with a yellow card.

If we want to avoid similar situations to Eduardo, Aaron Ramsey or Abou Diaby who all received horrible injuries due to the disgraceful challenges inflicted upon them, then Burnley must be regulated.

Arsenal has been a club renowned for their injury history in recent years but this isn’t helped by the referees being lenient towards players who tackle illegally compared to if It happened to another club's player, Xhaka for example.

Hopefully, Tarkowski’s unpunished challenge on Richarlison was a wake-up call for the officials not to be so lenient on the tackles despite the clear ideology to stop interfering with the play as much as they had done previously.