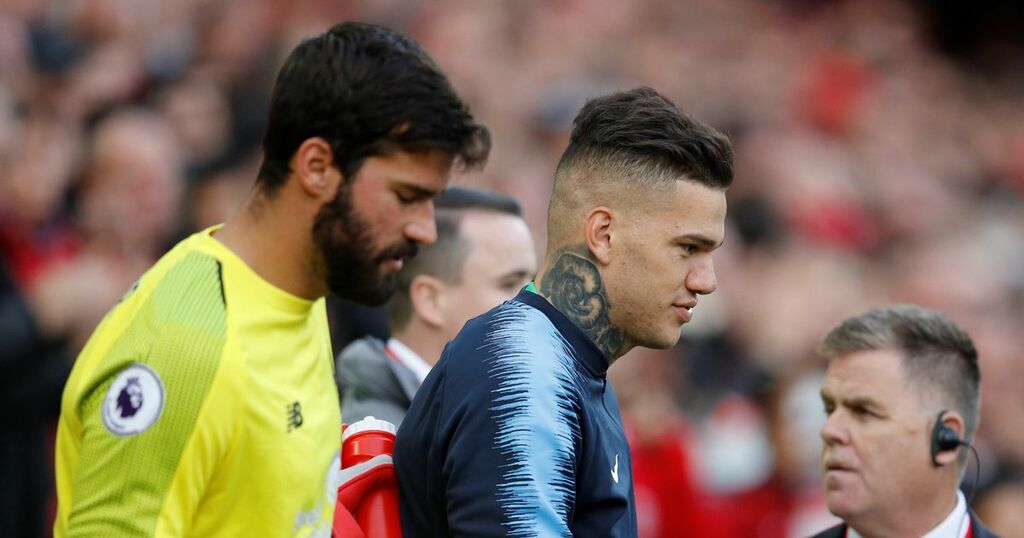 With seven rounds of Premier League action done and dusted, the standings are starting to take shape with clubs settling into their areas in the table.

There have been no shortage of talking points so far with the title race set to be competitive this campaign – only two points separate the current top six in the standings.

Arsenal and Tottenham are indicative of how brief runs of form can transform positions in the table, with each of the North London rivals both recording three successive victories and three back-to-back losses this campaign.

Brentford and Brighton are the two notable early high fliers, but four sides remain without a win while newly-promoted Norwich City have picked up a solitary point so far.

We are now at the juncture where judgements can start being made on player’s form and rankings for those in specialised positions.

Here are the top 10 goalkeepers, ranked, from the opening two months of Premier League action.

Leeds have endured a difficult start to the campaign with heavy defeats to Manchester United and Liverpool, with victory over Watford last time out their first three points of the season.

Despite conceding 14 goals – the third worst defensive record in the division and a rate of two per game – young goalkeeper Illan Meslier continues to impress.

Aged just 21, Meslier joined from Lorient on a permanent basis a year ago and has been an undisputed starter for Marcelo Bielsa’s side since.

His playing style has been compared to Thibaut Courtois due to his imposing height – 6ft 4in – and command of his area, while his distribution from the back is also rated highly.

Due to his age and ability to quickly start attacks and play out with his feet, the Frenchman looks like a star in the making.

For many years Kasper Schmeichel was often referred to as the son of the legendary Peter but such is Kasper’s own ability, he shook off that tag many years ago.

Now aged 34, Schmeichel has been one of the Premier League’s most consistent shot-stoppers since Leicester ’s 2014 promotion and his number of big errors can be counted on one hand.

He was one of the standout performers of Euro 2020 with his sterling performances helping to propel outsiders Denmark to the semi-finals with his leadership skills on display after the harrowing incident with Christian Eriksen.

Schmeichel’s form has dipped in the early weeks of the Premier League campaign, in line with that of his entire side, with disappointing showings in recent games against Brighton, Burnley and Crystal Palace – when the opposition scored twice in each game.

Having been relegated with both Bournemouth and Sheffield United, the pressure was on Aaron Ramsdale following his summer switch to Arsenal – a deal rising up to £30million.

Having conceded just once in his opening four matches – a consolation goal for Tottenham’s Heung-Min Son – this ranking may seem, if anything, a little harsh.

Yet two of those games were against shot-shy Burnley and Norwich (the league’s bottom two) while Spurs’ North London derby performance was abysmal.

Ramsdale impressed in a scoreless draw at Brighton & Hove Albion – making several fine stops with Arsenal largely second best in the game – to establish himself as the club’s number one above Bernd Leno.

Such a fast start will help to quell doubts on the England international, who is not lacking in self-confidence or leadership skills.

Brentford have been the story of the Premier League season so far and goalkeeper David Raya has been a star in the opening weeks.

His long-passing, distribution, reflex saves and handling have all caught the eye in Brentford’s opening seven league matches, which have yielded three clean sheets and just six goals conceded.

This is Raya’s first season in the top-flight of English football and there had been doubts over his positioning and ability to perform at the top level when his side were conceding plenty of shots at goal.

As yet, he has been a consistent and steady performer for the Bees and showed that he belongs at this level.

Since the return of football following the pandemic, there is arguably no player that has enjoyed such a surge in prominence than Emiliano Martinez.

The Argentine starred for Arsenal, whom he won the FA Cup, before establishing himself as first-choice for Aston Villa and at international level.

He helped his nation win this summer’s Copa America – their first trophy since 1993 – and has been consistently excellent for Dean Smith’s side.

Lacking in either quality nor personality, Martinez is now regarded as one of the best shot-stoppers in the Premier League and his stock continues to rise.

Another player who may be a little unlucky not to rank higher, but such has been Manchester City ’s control of matches – goalkeeper Ederson is only called into action irregularly.

City have the joint best defensive record in the division with just three goals conceded in seven matches and the Brazilian’s ability is measured as much on his distribution and passing ability than that of stopping shots.

Pep Guardiola’s side did not allow Chelsea a sniff of scoring in their recent win at Stamford Bridge while outside of Liverpool’s two superbly-taken goals, Ederson was largely untroubled at Anfield.

HAVE YOUR SAY! Have we got our rankings correct? Let us know by leaving a comment below

With the emergence of Dean Henderson at Manchester United and David De Gea’s long-term slump in form, there was significant doubt over whether the Spaniard would be number one at Old Trafford this season.

De Gea’s Europa League final nightmare – not getting close to any of Villarreal’s 11 penalties before being thwarted in his own attempt – marked a low moment in his United career.

He has bounced back this season with a series of fine saves – including a superb stop at Wolves before his dramatic Mark Noble penalty stop, breaking his long-run of ill-fortune when facing spot kicks.

The Spaniard’s recovery has been hugely impressive as he fights for his long-term United career.

Remarkably, Robert Sanchez made his top-flight debut less than a year ago – November 2020 – and is now a regular in Spain’s international squad.

His previous professional experience had been loan spells with Rochdale and Forest Green Rovers, but has been consistently excellent during his Premier League stint with Brighton.

Sanchez has already kept three clean sheets for the Seagulls so far as they conceded just five goals in their opening seven matches.

Unlike previous seasons, Brighton’s xG against is now higher than their goals against column – a tribute to improved goalkeeping and ability to prevent big-chances against them being scored.

Aged just 23, Sanchez’s stock continues to soar with his consistent and low-key excellence.

Alisson Becker endured a dip in form last season alongside tragic personal circumstances but has now re-found his best level of performance.

The Brazilian has re-affirmed himself as the intimidating presence in goal for the Reds with superb shot-stopping, reflexes and reading of the game to close down attackers through on goal.

Was excellent in the recent draw against Manchester City but also played a huge role in the clean sheet wins over Norwich, Burnley and Leeds.

If the Reds are to regain the league title, they will need the former Roma goalkeeper in top form.

Chelsea have the best defensive record in the Premier League and goalkeeper Edouard Mendy has been instrumental in that statistic.

The Senegalese shot-stopper has continued to excel in Thomas Tuchel’s side after a superb opening campaign which saw him keep clean sheets in every round as Chelsea won the Champions League.

Mendy’s personal story of almost quitting the professional game in his mid-20s to become one of the top goalkeepers in the world is a heart-warming one, and there is no doubting his talent.

Right now, he is the most in-form goalkeeper in the Premier League.