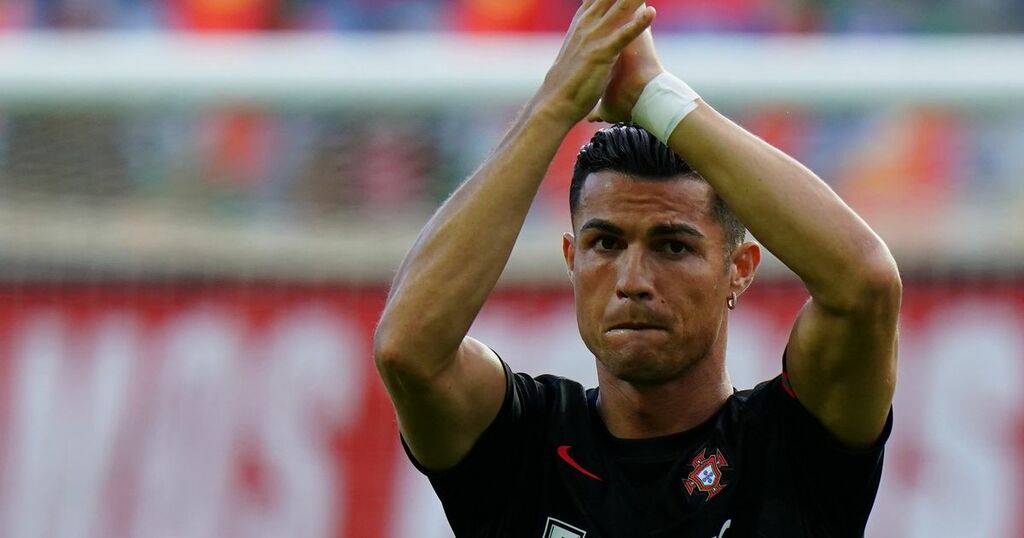 For every Premier League manager, the international break is an inevitable nightmare.

Through no fault of their own, some bosses can expect at least two or three members of their 25-man squad to return with some sort of injury problem.

It is only natural that every Premier League club possesses a squad filled with talented players from all different areas of the globe — a large section of which go on to represent their country.

That means when the international break arrives for a fortnight in September, the anxiety linked to whether a player comes back injured or not only increases.

What’s more, the variation of countries’ rules on quarantining to stop the spread of the coronavirus has complicated matters for players flying between different countries.

And that is why some managers will be left devising contingency plans in case the worst happens.

As the players prepare to return to England later this week, there will be a collective hope that they come back unscathed.

With that in mind, Mirror Football rounds up the latest injury news for all of the ‘Big Six’ sides ahead of gameweek four…

Mikel Arteta may have been hoping to hand a debut to £16million signing Takehiro Tomiyasu against Norwich but the Japanese may have to wait for his Arsenal bow.

The Japanese full-back has barely had a chance to get settled at his new club after jetting off to Tokyo and Beijing for international duty.

While the 23-year-old will arrive back in time for Saturday’s crunch clash at the Emirates Stadium, Tomiyasu may have to settle for a place on the bench.

Arteta has already been dealt with some concerning news after Mohamed Elneny was sent home from Egypt’s national team camp with a muscle problem.

The 29-year-old is a doubt to face the Canaries and his absence leaves Arteta short in midfield, with Granit Xhaka suspended and Thomas Partey still not match fit.

Ben White may be in line to return from a short spell on the sidelines after missing the 5-0 defeat to Manchester City last time out following his Covid-19 diagnosis.

The £50m defender returned to training and could be in contention for a start as the Gunners look for their first points of the season.

Which team do you think will win the Premier League this season? Comment below.

Chelsea face an anxious wait over a number of key first-team members ahead of their clash against Aston Villa.

The 28-year-old had returned early from international duty with Belgium after receiving a one-match ban for accumulating too many yellow cards and would miss the clash against Belarus in midweek.

But The Blues will be left sweating over Romelu Lukaku fitness after the striker revealed he has been “struggling” with a thigh problem over the past few weeks.

Worse yet, Thomas Tuchel may be forced to cope without Kai Havertz too after the 22-year-old was left out of Germany’s 6-0 thumping against Armenia.

Hansi Flick confirmed in a press conference that the 22-year-old was suffering with flu-like symptoms and his absence will provide some cause for concern, given how the attacker struggled to get overcome the coronavirus in December last year.

N’Golo Kante has been struggling with an ankle problem suffered during the UEFA Super Cup victory over Villlarreal and the Frenchman returned early from the France national team camp on Wednesday.

The 29-year-old could miss out along with Lukaku and Havertz and that could force Tuchel to use some of the fringe members in his squad, while Saul Niguez may be in line for a debut appearance.

Jurgen Klopp would have been content with the club’s success in keeping his Brazilian trio of Fabinho, Alisson Becker and Roberto Firmino from leaving for international duty.

It means the Reds can now count on all three players without having to worry about quarantining, with Brazil on the UK Government’s ‘red’ list.

But the German has a problem to solve in midfield after Harvey Elliott was allowed to return to Merseyside as a “precaution” following an injury sustained with England’s Under-21 squad.

It is believed the 18-year-old will still be fit enough to play some part against Leeds United on Sunday, although a place on the bench seems more likely at this stage.

The club also confirmed that Naby Keita is “safe and well” after Guinea’s match against Morocco was called off due to an attempted coup in the region.

But the Reds, who are working to get the 24-year-old out of the country, are likely to be without the midfielder for their upcoming fixture.

Laporte was hooked at the break of Spain’s win over Georgia, with head coach Luis Enrique saying the central defender had been fatigued and needed a rest.

Nathan Ake also pulled out of the Netherland squad due to “personal circumstances”, leaving Guardiola short of cover at centre-back with only Ruben Dias and John Stones available.

Reserve goalkeeper Zack Steffen was ruled out of the USA's last two fixtures after testing positive for Covid-19, meaning Scott Carson could be on the bench as reserve to Ederson.

Kevin De Bruyne and Phil Foden are edging closer to full fitness, however, which should give the Catalan some flexibility in the midfield areas.

Ole Gunnar Solskjaer may decide not to risk his £73million summer signing Jadon Sancho against Newcastle after the winger was forced to withdraw from the England squad because of a minor injury.

The 21-year-old has already left the squad to head back to Old Trafford after suffering the injury in training.

A statement said: "Following further assessment, [he] has returned to his club and is expected to recover in time for United's fixture with Newcastle."

It is still yet to be confirmed whether Cristiano Ronaldo will be able to make his debut at Old Trafford after being forced to quarantine for five days following his arrival from Portugal.

The 36-year-old returned from international duty after picking up a suspension against the Republic of Ireland and missed Portugal’s World Cup qualifier against Azerbaijan.

Sancho’s potential absence could push Solskjaer into bringing the Portuguese superstar into the starting XI, with Mason Greenwood deployed on the right.

There is a big worry for Tottenham fans after Heung-min Son, scorer of two of their three goals this season in the Premier League, was sent home from international duty.

The Korea Football Association [KFA] have confirmed Son will miss their World Cup qualifier against Lebanon on Tuesday due to a calf problem.

Son played the full 90 minutes for South Korea in their 0-0 draw with Iraq on Thursday but the KFA said the forward has an issue with his right calf muscle.

The 29-year-old will now return to north London for further assessment and will surely be a doubt for Spurs’ trip to Crystal Palace.

Nuno Espirito Santo will already be without Argentine duo Giovani Lo Celso and Cristian Romero after the pair travelled to South America for international duty without the club’s permission.

Central defender Davinson Sanchez is also in hot water for the same reason, meaning Nuno could have to use Joe Rodon in place of the Colombian.