London (AFP) - Todd Boehly's proposed takeover of Chelsea moved a step closer to completion on Tuesday when the Premier League board announced it had approved his purchase of the London club in a deal that could yet be finalised later in the day.

A consortium led by Boehly, a co-owner of baseball's Los Angeles Dodgers, had already agreed a record £4.25 billion ($5.3 billion) deal to buy the Premier League club from owner Roman Abramovich on May 7.

And a Premier League statement said Tuesday: "The Premier League Board has today approved the proposed takeover of Chelsea Football Club by the Todd Boehly/Clearlake Consortium.

"The purchase remains subject to the (British) Government issuing the required sale licence and the satisfactory completion of the final stages of the transaction."

Officials would like everything to be wrapped up on Tuesday so Chelsea can meet all registration deadlines for next season's competitions, with an unnamed Government source telling Britain's Press Association: "We now believe everyone will be ready to issue the necessary licences.

"The last remaining hurdle boils down to a number of final technical details that are being discussed with the club."

Russian billionaire Abramovich put Chelsea on the market in early March, just before he was sanctioned by the British government following Russia's invasion of Ukraine.

Completing the purchase has been a lengthy process due to government concerns over the potential for Abramovich to profit from the sale.

The total value of the deal smashes the previous record for the sale of a sports team -- $2.4 billion for the New York Mets baseball franchise in 2020.

There had been fears the takeover would collapse because of the £1.5 billion debt owed by Chelsea's parent company, Fordstam Ltd, to Camberley International Investments, a Jersey-based company with suspected links to Abramovich.

Abramovich, who has said he has not asked for his loan to be repaid, is understood to have provided confirmation to the government that his associate, Demetris Ioannides, has resigned from the trust owning Camberley International.

Abramovich, who became a Portuguese citizen in 2021 and is also sanctioned in the European Union, is described by the UK government as part of Russian President Vladimir Putin's inner circle.

British ministers are now liaising with their Portuguese counterparts and the European Union to ensure the sale can be ratified.

Earlier on Tuesday, a spokesman for Prime Minister Boris Johnson confirmed the government were working with Chelsea and also holding "intense discussions with the relevant international partners" to get the deal done "as soon as possible".

The Premier League statement added: "The board has applied the Premier League's Owners' and Directors' Test (OADT) to all prospective directors, and undertaken the necessary due diligence.

"The members of the Consortium purchasing the club are affiliates of the Clearlake Capital Group, L.P., Todd Boehly, Hansjorg Wyss and Mark Walter.

Chelsea have been forced to operate under a special licence from the UK government since Abramovich, who bought the club in 2003, was sanctioned.

Under the terms of the licence, Chelsea were unable to offer new contracts to existing players or sign players from other clubs.

The sale of the European champions brings the curtain down on 19 years of nearly unbroken success under the 55-year-old Abramovich, who has overseen five Premier League titles and two Champions League triumphs.

The Blues also reached the finals of English football's League Cup and FA Cup, only to lose both matches to Liverpool in penalty shoot-outs. 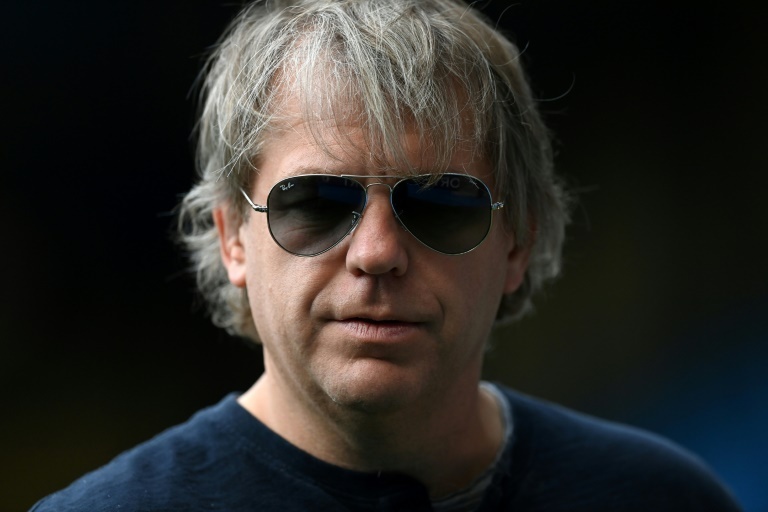