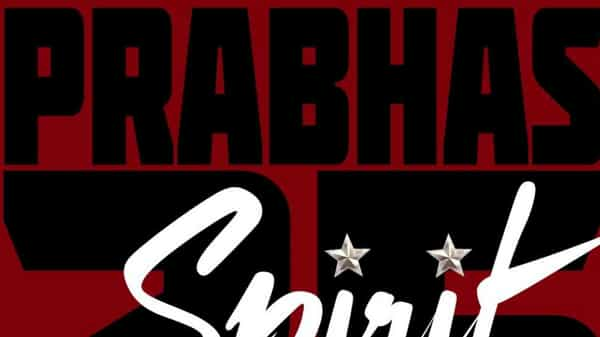 NEW DELHI: Baahubali star Prabhas has announced a new film titled Spirit that will be co-produced by Bhushan Kumar’s T-Series and directed by Sandeep Reddy Vanga of Arjun Reddy and Kabir Singh fame. The film will be released in Hindi, Telugu, Tamil, Malayalam, Kannada, Japanese, Chinese and Korean languages. Vanga, and his brother Pranay Reddy Vanga are also co-producers on the film under their banner Bhadrakali Pictures.

While Prabhas has already collaborated with T-Series on movies like Saaho, Radhe Shyam and Adipurush, the last of which are currently in production, Vanga’s Bollywood debut Kabir Singh was backed by the same company and he is now helming a film called Animal starring Ranbir Kapoor for them.

“This is my 25th film and there is no better way to celebrate it. Spirit has a great feel to the story and it'll be a special film for my fans too," Prabhas said in a statement.

The film exhibition business is expected to make a full recovery only in 2022, when a series of big-budget movies are lined up for release. That’s despite a healthy pipeline of Bollywood movies set to hit the theatres later this year.

With budgets of ₹100 crore to ₹200 crore, trade experts say the films will play an important role in prodding audiences to see the value of big-screen experience and producers will have enough time to get over the few bumps expected in 2021.

The third instalment of Salman Khan’s Tiger franchise is expected to arrive in 2022, as is Prabhas’ two big offerings - Adipurush co-starring Saif Ali Khan, and an untitled film with Padukone and Amitabh Bachchan. That apart, Tiger Shroff’s Ganpat and Heropanti 2 will hit the theatres, besides Akshay Kumar’s Ram Setu and Bachchan Pandey. Mayday, starring Amitabh Bachchan and Ajay Devgn, will also vie for eyeballs in 2022.