Powering peace in the era of climate crisis - opinion

By MAYA JACOBS AND YOSEF I. ABRAMOWITZ 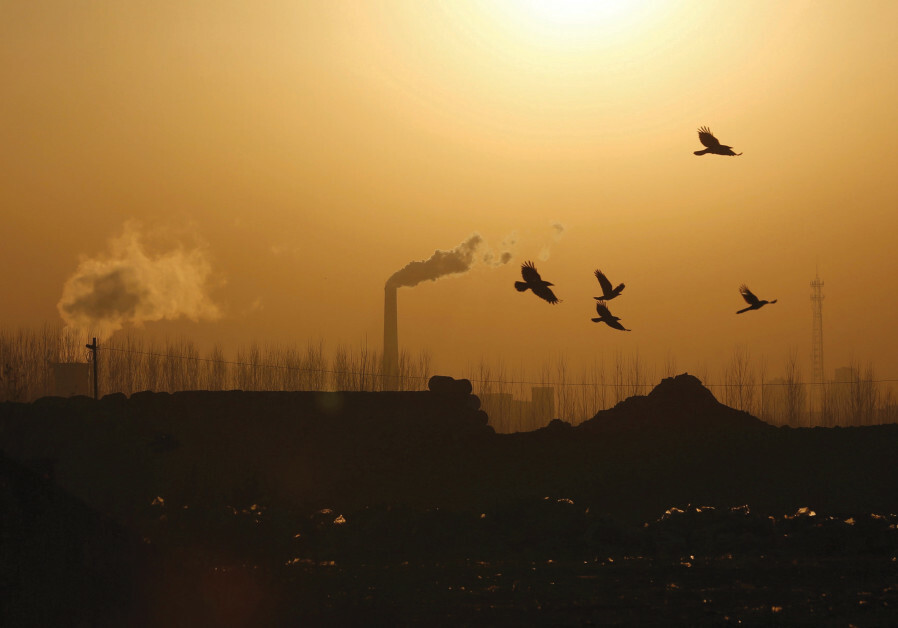 As the world will soon gather in Glasgow to tackle the climate crisis, the Abraham Accords must aim to create a positive example of regional cooperation toward the advancement of sustainable prosperity for humanity, while we still can.

Yet instead of turning the Middle East into a ray of sunshine and optimism for the world by shifting to renewable energies, new hazardous oil and gas schemes are in the pipelines. The most dangerous of all has already begun: the oil transport from the Persian Gulf to southern Europe via Israel’s state-owned Europe Asia Pipeline Company. This project is extremely problematic on many levels, it is inconsistent with the growing international consensus against fossil fuels and is meeting unprecedented public criticism in Israel.

EAPC is responsible for Israel’s worst oil spills to date. The pipeline, running from port in Eilat and all the way to the port of Ashkelon on the Mediterranean Sea, is old and worn out. It is ill-equipped to handle the dramatic increase in oil tanker traffic, which transport millions of tons of crude oil. Our region is home to ISIS and Iranian-affiliated terror groups equipped with killer drones and deadly missiles.

The risk to the rare and fragile coral reefs, which house an extraordinary ecosystem, is like a ticking bomb. The corals of the Northern Red Sea are considered the most important reef on Earth thanks to a unique immune system that makes them resilient to climate change and coral bleaching. These corals can be cloned to help repopulate dying reefs everywhere, but they are not immune to oil contamination. Even one small spill could cause irreversible damage. An oil spill would shut down the desalination plants, pose serious health risks to the inhabitants of the area and economically cripple Aqaba and Eilat, which depend on tourism.

We must celebrate the fact that one of the last underwater rain forests on Earth is in the shared waters of Israel, Jordan, Egypt and Saudi Arabia and elevate it into a joint effort to prepare our region for a harsh climate future. Such collaborations will empower peace building for the people and nations around the Red Sea and should be declared a UNESCO Marine World Heritage site.

The UN’s recent Intergovernmental Panel on Climate Change scientific climate report is a wake-up call. The climate crisis is an archetype of “slow violence” (to borrow a term coined by Rob Nixon): “a violence of delayed destruction that is dispersed across time and space… underrepresented in strategic planning as well as in human memory.” We all share future challenges due to climate change and the only way to tackle and survive them successfully is through cooperation.

An often ignored aspect of the Abraham Accords states that “[the parties] acknowledge the importance of protecting, preserving and improving the environment, and shall promote environmental innovation for the sustainable development of the region and beyond.”

We propose that instead of expanding offshore drilling for gas and oil in the Mediterranean Sea and transporting Gulf oil through sensitive ecosystems and religiously significant land, the countries connect the entire region with a High Voltage Direct Current (HVDC) solar-powered grid line. This would create a grid capable of exporting tens of thousands of solar megawatts all across the region, contributing to the sustainable development of Israel, Lebanon, the Palestinian Authority, the Gulf states, Yemen and possibly, with sufficient political will, Europe.

The United Arab Emirates has already demonstrated its capability and interest in diversifying energy sources by investing in the pioneering “Masdar” and “Shams” solar projects and hosting the International Renewable Energy Agency. The Dubai World Expo itself is a world-leading example of commitment to sustainability.

The development of a HVDC solar peace grid would represent a crucial advance in constructing energy systems spanning thousands of miles, because unlike AC grids, it does not lose energy when distributed across long distances. China is currently in advanced stages of constructing the longest DC grid in the world, spanning the length of the country – almost 3,000 km., which is longer than the distance between Israel and the furthest point of Oman. In the face of the encroaching post-oil era, the UAE must undergo a fundamental energy-infrastructure dialysis to secure the long-term prospects of its economy. Cooperation on the construction of a HVDC grid, coupled with massive solar energy scaling endeavors, could unlock the energy potential of the region and make the UAE a leader and pioneer in a world that must expedite the divestment from fossil fuels.

Replacing the oil pipeline deal with a regional HVDC solar grid is in the interests of both of our countries and of the region as a whole. It will help us further the aims of the Paris Climate Accords and the vision of the Abraham Accords: “To foster in the Middle East a reality in which Muslims, Jews, Christians and peoples of all faiths, denominations, beliefs and nationalities live in, and are committed to, a spirit of coexistence, mutual understanding and mutual respect.”

The writers serve as CEOs respectively of Zalul Environmental Association and of Gigawatt Global.