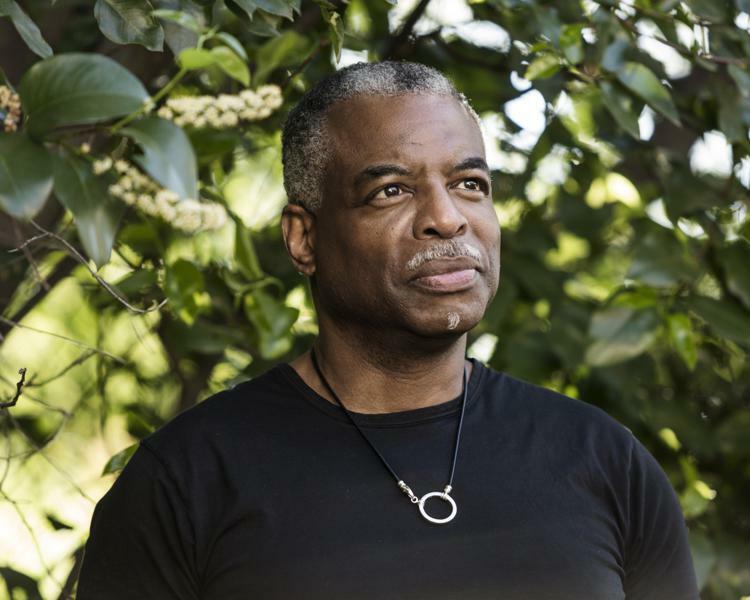 LeVar Burton is an actor, director, and producer best known for his work on Roots, Star Trek: Next Generation, and Reading Rainbow. Not only is he one of this generation’s best known storytellers, but he also has an almost unmatched work ethic. He hosted (and helped produce) Reading Rainbow for 23 years, winning 12 Daytime Emmys. For most of those 23 years, he was also starring on Star Trek. When those two shows ended, he dedicated himself to developing new ways to educate children using technology. He and his team created the Skybrary app, and a Reading Rainbow Kickstarter campaign to bring Reading Rainbow technology to classrooms for free raised over $5 million in just 3 days. He is also the author of children’s book The Rhino Who Swallowed a Storm, and hosts a popular podcast called LeVar Burton Reads and his own YouTube channel.

With all of this experience in storytelling across time and technologies, it is clear that LeVar Burton is a master with inspiration to be found in his life’s work. Here are 4 storytelling lessons from LeVar Burton:

One of the things Burton learned early on from his work on the popular television show Roots was how storytelling has the ability to break down barriers and reimagine the future. Storytelling is sometimes dismissed as a luxury or an amusement to pass the time, but Burton sees it as a way to change hearts and minds and move society forward together, and has dedicated his life to doing so. Never forget the world-altering power of a moving story.

So often children’s programming is lazy or superficial, and we treat children as an afterthought in entertainment. Kids, though, turn into fully grown adults whose tastes, philosophies, and education is much more difficult to alter as they age. Reaching people as children gives storytellers the opportunity to shape the future as the next generation grows and matures. Burton’s work has always appreciated that children are a vital group in society to educate and shape lovingly.

Burton’s career has truly spanned widely different genres and platforms, showing that audiences who relate to someone will follow that storyteller just about anywhere. Burton brought along his audience to Star Trek, a more niche science fiction production, and he brought fans from there and Reading Rainbow to his work developing apps and raising money on crowdfunding platforms. He now has almost 3 million followers across social media platforms, an impressive following for someone whose most widely known work was decades ago. One lesson that can be taken from this is that an audience who appreciates a given story or storyteller will follow across genres and platforms, so never be afraid to expand wherever a story will best be told.

Burton is a strong believer in the idea that everyone’s story is important and we all belong as fully respected members of society. His work has always centered around representing the underrepresented and telling stories that might not otherwise be heard. Consider how stories can be told that support the idea that everyone fully belongs here.

LeVar Burton’s life and career as a storyteller have a great deal of wisdom, from appreciating the power of storytelling, understanding the impact that educating children can have, trusting that audiences will follow across genre and platform, and elevating the idea that everyone belongs. As Burton has said, “I’ve dedicated my life to the power of storytelling. Whether I’m acting, directing, writing or podcasting, I believe sharing stories is what I was born to do because storytelling is what brings us all together.” Thanks to LeVar Burton for bringing us all together and showing us how to be the best storytellers.