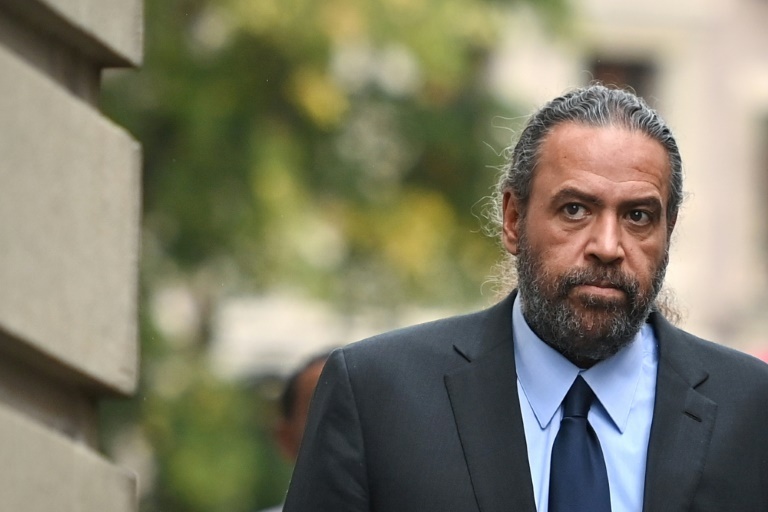 Geneva (AFP) - World sport powerbroker Sheikh Ahmad al-Fahad al-Sabah was on Friday convicted by a Swiss court in a complex forgery case linked to an alleged plot against his political rivals in Kuwait.

After just over a week of hearings, the Geneva Criminal Court ruled convicted Kuwait's Sheikh Ahmad, handing him a 30-month prison sentence, half of it suspended.

Four other defendants -- three Geneva-based lawyers and a Kuwaiti aide -- were also found guilty and handed sentences of up to 36 months behind bars.

The five were convicted over an intricate forgery scheme linked to efforts to prove that Kuwait's former prime minister and speaker of parliament were guilty of coup-plotting and corruption.

The sheikh, who has denied any wrongdoing, sat in the court Friday, a blue facemask under his bearded chin, shaking his head as the head judge read out his sentence.

The senior member of Kuwait's ruling family and a former government minister told journalists afterwards that he would appeal.

His office meanwhile issued a statement saying he had decided to "temporarily step aside" from his role at the helm of the Olympic Council of Asia, "until he has successfully appealed today's verdict.

When Swiss prosecutors brought charges against him in 2018, the sheikh also stepped aside from his duties as a longtime member of the International Olympic Committee.

In 2013 he provided these recordings to Kuwaiti authorities that he said showed the pair plotting a coup, and conducting corrupt transactions to pocket tens of billions of dollars of public funds.

The authenticity of the video recordings was contested.

According to Friday's ruling, Sheikh Ahmad's lawyers then engineered a complex set-up, in which he ceded the broadcast rights of the videos to Delaware firm Trekell.

Trekell -- a shell company controlled by the defendants, according to the court -- then filed a lawsuit claiming the videos were fake.

This enabled a fictious arbitration to be set up, the court ruled.

In the arbitration case, one of the Geneva-based lawyers took on the role of arbitrator and signed a ruling stating that the videos were authentic, and received a 10,000-Swiss-franc payment in return.

Sheikh Ahmad then attempted to use the Swiss court ruling as evidence that the voices heard in the recordings were those of the two former officials.

Geneva prosecutors began investigating the case back in 2015 after a criminal complaint was filed there on behalf of Sheikh Nasser and al-Khorafi, who died in May that year.

The al-Kharafi family’s lawyer, Catherine Hohl-Chirazi told AFP the case had poisoned the final months of former parliament speaker's life, adding: "All this was Machiavellian".