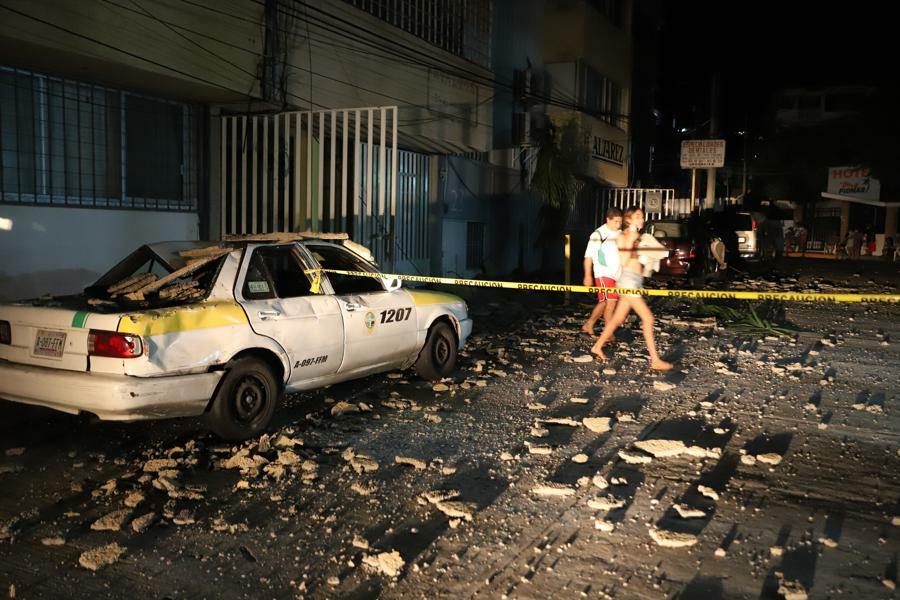 A 7.1 magnitude earthquake struck near Acapulco, Mexico late on Tuesday with tremors being felt more than 230 miles away in the capital, Mexico City, taking place exactly four years after a deadly quake resulted in 98 deaths across the country.

Authorities have so far reported one death, a man killed by a falling light post in a town northwest of Acapulco.

Mexico’s National Seismological Service said the epicenter of the quake was 7 miles southeast of the port and resort city of Acapulco in Guerrero state.

The agency initially announced a 6.9 magnitude quake had hit the area but then raised its estimate to 7.1.

The intensity of the earthquake was severe enough to cause buildings and power lines to sway in Mexico City but no casualties have been reported from the national capital so far.

Authorities across Mexico have noted the impact on infrastructure has been limited with Mexican President Andrés Manuel López Obrador stating in a televised address that there are “no serious damages.”

Tuesday night’s earthquake comes exactly four years after a devastating 8.1 magnitude earthquake struck southern coast of Mexico and resulted in the deaths of 98 people. Just a few weeks later—on September 19, 2017—another major earthquake, with a magnitude of 7.1, hit central Mexico causing over 350 deaths including more than 200 fatalities in the capital Mexico City. Since then the southern coast of Mexico has witnessed two other quakes in the state of Oaxaca 2018 and 2020, which also resulted in several deaths. The country is accustomed to regular seismic activity as it is located next to an area where several sections of the earth’s crust, known as tectonic plates, collide. Mexico has managed to somewhat limit the impact of the frequent seismic activity after a devastating quake in 1985, which resulted in at least 10,000 deaths in the capital, forced an overhauling of construction codes and installation of early warning systems. The New York Times reported that Mexico’s City’s early warning systems appear to have worked as intended on Tuesday night as speakers across the city blared sirens and spoken warnings of the quake several seconds before it happened.