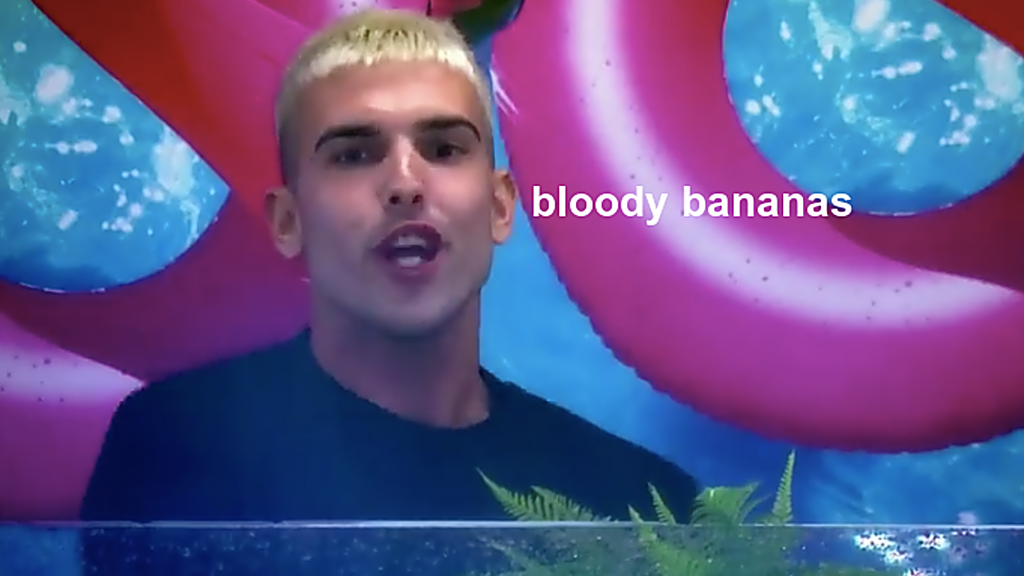 The first week of Love Island Australia 2021 is done and dusted and oof, what a crop of contestants we’ve got this year, aye?

Week one of season 3 introduced us to all the unfairly attractive folks who jetted off to the Byron Bay Villa in search of love and Instagram endorsements.

Here, we’ve power ranked each couple by which one is least to most likely to win.

Considering Aaron was ready to throw down with Taku over *checks notes* a fruit platter, I’m thinking it’s probably not looking too great for these two.

Courtney herself even pointed out that Aaron is clearly just pissed at Taku because he lost Jess to the bloke, which is what sparked the world’s most immature fight.

I’d jump ship on Monday if I were you, Courto.

Remember how the Teen Vogue editor once said that Lauren Conrad will always be known as “the girl who didn’t go to Paris?”

Well, I’m afraid that Ryan will always be remembered as the guy who (allegedly) slept with 500 women and bragged about it on national TV.

He seems like a nice enough bloke, but I’m afraid there’s no redeeming him after that. Every time he appears on-screen, a million red flags and questions arise in my mind (how was he keeping score of these women, Notes app or Excel Spreadsheet? Did he use protection each time? Is he still in touch with any of them? Etc etc).

Coming in second to last is Jordan and Jess for the obvious reason: Jess has already recoupled before the recoupling day on Monday.

She beat us to the punch!

My guess is that Tina will be jumping into Mitch’s muscley arms on Monday, leaving Ronni in search of a new gal to save his soul.

Ari’s on her lonesome, so maybe her?

I know I’m being a bit presumptuous here, but ya just know these two crazy kids will be together come Monday’s recoupling.

So Rachael is our Beauty and the Geek crossover, a self-professed nerd gal who loves Harry Potter, Star Wars, LEGO, you name it.

She’s matched with a strapping gym junkie named Chris and in one scene when she said that she wanted to smooch him, he made a comment about popping on an Invisibility Cloak á la Harry Potter so they could smewch in private. Bless!

We’ve been gunning for a reversed version of Beauty and the Geek (with female geeks and male beauties – although Rachael is wildly beautiful herself) for bloody ages and this is the closest we’ve gotten.

Another presumptuous one, but you just bloody know it’s happening.

My heart broke for Taku when he was friend-zoned at the start, but this is proof of why you should never count anyone out from the get-go!

Throughout the week, Taku has cemented himself as a fan fave (I know, I know, he was very much involved in the fruit fight, but let’s not hold that against him. He’s not the one that suggested tripping someone over like we’re in year three).

While Aaron’s off being salty about losing Jess to his rival, Taku and Jess are living their best lives and looking cute while doing it. GIVE ‘EM THE MONEYYYYYY.

Taku’s tears after winning fave islander literally sent me to the fkn moon. I guarantee you that if any other bloke on the show had taken out the title, they woulda been beating their chest and flexing. Taku is our humble king and we love him for it.

Love Island Australia continues on Monday night. Get caught up via 9Now.

The post Power Ranking The Love Island Couples By Who Didn’t Start A Fight Over *Checks Notes* Fruit appeared first on Pedestrian TV.