Power prices to surge up to 18.3 per cent as energy market turmoil flows through to households

Millions of Australian households are set to be hit by soaring electricity costs after the energy industry watchdog increased key prices by hundreds of dollars a year.

In a fresh blow to households dealing with surging costs of living, the Australian Energy Regulator (AER) has decided to pass on hefty increases to a benchmark power price.

The tariffs, known as default market offers, will rise between 8.5 per cent and 18.3 per cent in New South Wales, up to 12.6 per cent in south-east Queensland and 9.5 per cent in South Australia.

Small business customers will also be affected by the changes, with so-called standing offer prices rising up to 13.5 per cent.

The increases, to come into effect from July, amount to more than $250 a year in some cases based on Australian Competition and Consumer Commission figures putting the average residential electricity bill at $1,434.

They also follow a similar, albeit smaller increase, announced by Victoria's Essential Services Commission on Tuesday.

Clare Savage, the chair of the AER, described the decision to increase prices so substantially as "particularly difficult" but she said the cost pressures facing electricity providers were real.

Ms Savage also pointed out that the benchmark price was not supposed to be the lowest available and urged consumers to shop around for a better deal.

"In setting these new DMO [default market offer] prices, we understand the significant impact they will have on some consumers who may already be struggling with cost-of-living pressures," Ms Savage said.

"If a large number of retailers are unable to recover their costs and are forced to exit the market – as we have seen recently in the United Kingdom – that will add more cost to consumers."

Incoming energy minister Chris Bowen blamed the Coalition government for the higher DMO and criticised his predecessor, Angus Taylor, for making a political decision to delay the release of the report.

"Nine years of Liberal denial and delay have a cost, and that cost is being paid by the Australian people, by Australian households in higher energy prices," he said.

"They got through the entire election campaign without telling the truth. They sat on this report, they approved its delay until after the election."

Mr Bowen said the new Labor government was committed to its energy policy and to bringing the prices down.

"What are we going to do is to implement policies we took the election, which we'll see how prices come down as a result of our investments in the grid and the increase in renewable energy," he said.

"I also note and welcome very much the [Annastacia] Palaszczuk government's announcement of $175 rebate for [Queensland] power customers."

The decision comes just weeks after the body that runs the National Electricity Market said wholesale prices have rocketed more than 140 per cent in the 12 months to March 31.

That increase was largely driven by surging prices for coal and gas, which are linked to international markets that have been trading at record highs amid the war in Ukraine and global instability.

Under their powers, the AER and Victoria's Essential Services Commission set benchmark electricity prices that act as a backstop for consumers unwilling or unable to haggle with their providers.

The prices have been relatively stable in recent times as an influx of renewable energy and lower demand for coal and gas weighs on the wholesale market.

But power retailers have pushed for a big bump in tariffs this year as costs soar in the face of moves to fast-track the exit of coal-fired plants, unexpected generator outages and international unrest.

The Australian Energy Council, which represents electricity and gas providers, says the proportion of households on the default price is relatively small.

It noted about 10 per cent of users would be directly affected by the changes, with the rest on "competitive" contracts negotiated with their supplier.

The lobby also pointed out that wholesale costs typically accounted for about a third of a residential electricity bill of $1,434, with poles and wires making up a bigger share.

The rising energy bills are coming at the worst possible time for many consumers. From food to petrol, prices are soaring as inflation bites.

And the Reserve Bank has raised interest rates for the first time in 11 years, while wages are lagging behind.

Lydia Rorimpandey is one of many people who need to cut back on expenses.

"We have probably need to cut down on eating out or some holidays and those kinds of things," the Sydney resident told the ABC.

"Wages obviously are not increasing as fast as the bills and food prices, fuel and everything else … so we have to be smarter these days."

She said she was considering installing solar panels so she relied less on power from the grid.

Tony Wood from the Grattan Institute said the default price might only apply to a small percentage of the market, but it was the key reference used by all the retailers to set their other offers.

According to Mr Wood, the AER's decision would have significantly bigger implications than usual because of the volatility in the wholesale market.

He said there was little doubt costs were increasing sharply, but he noted that some providers were more exposed than others.

For example, he said bigger retailers such as ASX-listed companies AGL and Origin were better able to manage the risks of the wholesale market through long-term and stable supply contracts.

On the other hand, he said smaller retailers were often heavily exposed to the spot market and shorter-term supply contacts, meaning they could be badly squeezed in a surging market.

"A Queensland-based retailer with about 20,000 customers basically told their customers to go away," he said.

"They said, 'We can't supply you with a product we think you're going to be able to afford, therefore we suggest you go and find another retailer'.

Mr Wood said the AER would have to strike a balance between ensuring a competitive electricity market and ensuring any tariff increases were fair and reasonable.

He said while some providers were pushing for outsized increases, jacking up the benchmark price 20 per cent would be "provocative".

Lynne Gallagher, the chief executive of the Energy Consumers Council, said the price rises would come "at the worst possible time".

However, Ms Gallagher said "consumers need not feel helpless in the face of rising bills", saying there were ways to minimise the effects on their budgets.

Among them were pushing their retailer for a better deal, asking for help if they were struggling to pay, using less and being more efficient, switching providers if necessary and employing low-cost measures such as "door snakes, floor rugs and weatherproof tape" to add insulation.

The ECC also suggested retailers should actively seek to shelter their more vulnerable customers by "reaching out... and offering them a better deal".

"Winter is almost upon us and, with it, the need for many Australian households and small businesses to increase their energy use at certain times to keep themselves warm, comfortable and healthy," Ms Gallagher said.

"There are things they can do to reduce their bill and there are resources available to guide them through it."

AEC boss Sarah McNamara said "an increase to the DMO is news that most of us could have done without" but agreed it highlighted the value in seeking better offers.

Ms McNamara stressed the default price was "not the cheapest deal out there" and was meant to serve only as a cap on the amount customers should pay.

"Default offers are not the cheapest deal out there, they exist for customers who aren't shopping around for a better energy deal." 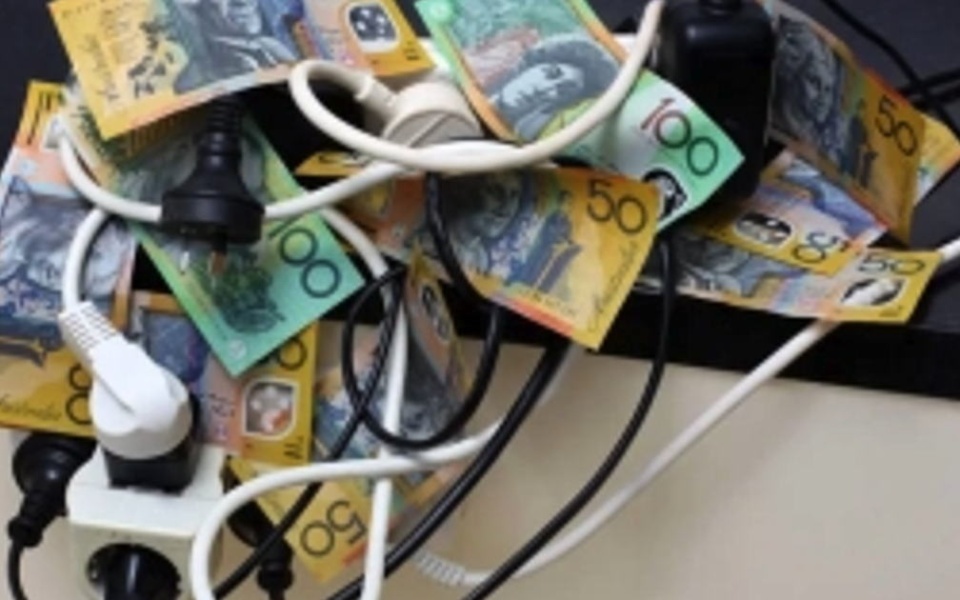 The New Daily
One subscription that gives you access to news from hundreds of sites
Coal prices, floods push up power prices

Households and businesses are set to pay more for their electricity, but the energy market regulator is urging people to…