Power ministry denies outage in Delhi due to electricity shortage 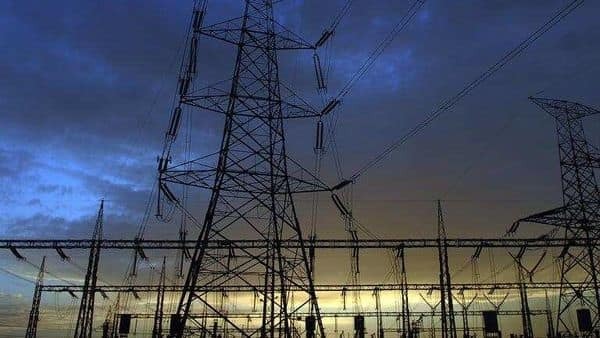 New Delhi: The Union power ministry on Wednesday said that there was no power outage due to electricity shortage in the national capital.

“The maximum demand of Delhi was 4683 MW (peak) and 101.9 MU (Energy) on 11 Oct 21. As per the information received from Delhi DISCOMs, there was no outage on account of power shortage, as the required amount of power was supplied to them," power ministry said in a statement.

The statement follows an earlier one on Tuesday wherein the union power ministry had negated any power outage due to electricity shortage in the national capital.

Electricity in Delhi is supplied by BSES Rajdhani Power, BSES Yamuna Power and Tata Power Delhi Distribution Ltd. The distribution firms are joint ventures with Delhi Power Co. Ltd, which owns a 49% stake in each of them. The other discoms in Delhi are Military Engineering Services (for Delhi Cantonment) and the New Delhi Municipal Corporation.

“NTPC Ltd, India’s largest integrated power producer, has been providing required power to capital city of Delhi. As per October 1st to October 11 data, Delhi DISCOMs have been scheduling only 70% of power that has been made available by NTPC," the state-run firm said in a statement on Tuesday evening.

This comes in the backdrop of Delhi chief minister Arvind Kejriwal articulating his concerns to Prime Minister Narendra Modi and calling for adequate coal and gas supplies to power plants supplying electricity to Delhi and electricity price at power exchange to be “suitably capped to discourage profiteering by traders/generators from the current crisis."

“The average gap between what NTPC plants have allocated for Delhi and what has been actually drawn is 594 MW per day," the NTPC statement added.

This comes in the backdrop of the Prime Minister’s Office (PMO) drawing up a comprehensive plan to ensure uninterrupted fuel supplies to power plants that involves state run Coal India Ltd (CIL) supplying an additional 2 lakh tonnes of coal on a daily basis to ramp up the fossil fuel supplies to 2.1million tonnes per day.

“It is also pertinent to mention that Delhi DISCOMs have allocation of 756 MW from Dadri-I (840 MW) thermal power station of NTPC. Dadri -1 thermal power station was setup for strategically important state of Delhi and has consistently served the consumers of Delhi. However, since November-2020, Delhi DISCOMs have not been scheduling power from this station even when the fixed charge of Dadri-I station is 0.97 Rs/kWh at normative present Energy Charge Rate (ECR) is 3.20 Rs/kWh," the NTPC statement said.

“Ironically, Uttar Pradesh, which has allocation of only 10% from Dadri I units, is scheduling power from Dadri-I station meet the power requirement of the state consumers," the NTPC statement added.

Also, the union government is trying to operationalise imported coal-fuelled power generation capacity of 17.06 gigawatt (GW) to help ease the pressure on domestic coal-fuelled power projects. The union power ministry also issued a directive on Tuesday that unallocated electricity supply to those states will be snapped that are not supplying power to their customers and instead selling it on power exchanges at a higher rate, with the freed-up power to be then given to the other needy states.