Kwasi Kwarteng’s tax-cutting mini-budget has sent financial markets into a tailspin, with UK government borrowing costs soaring and the pound slumping to a 37-year low against the dollar.

Issuing a punishing verdict on the chancellor’s “dash for growth”, traders in the City of London sent sterling tumbling on Friday amid a broad-based sell-off in response to the massive rise in public borrowing required to finance his plans.

The pound fell by almost 2% after Kwarteng announced £45bn of tax cuts directed at higher earners, trading close to a symbolic $1.10 against the US dollar for the first time since 1985.

The FTSE 100 fell more than 2% to trade below 7,000 for the first time since early March, after Russia’s invasion of Ukraine, while the cost of borrowing for the UK government on international markets rose by the most in a single day for more than a decade.

Two-year UK government bond yields – which are inversely related to the value of bonds and rise as they fall – jumped by as much as 0.4 percentage points to come close to 4%, reaching the highest level since the 2008 financial crisis.

Borrowing costs on 10-year bonds rose by more than 0.2 percentage points to trade close to 3.8%, continuing a dramatic climb under way since Liz Truss took over as prime minister earlier this month. At the start of September, yields on benchmark UK sovereign debt have risen by almost one percentage point, significantly more than for comparable advanced economies.

It comes after the Treasury said it would finance the chancellor’s tax cuts and the energy price guarantee for consumers and businesses with £72.4bn in additional UK government debt sales than planned for the current financial year.

Instead of the £161.7bn planned by the Debt Management Office in April, the Treasury said it would now sell £234.1bn of government bonds to international investors in 2022-23.

The change will mean investors are being approached to buy significantly more government debt than previously expected, and comes in addition to the Bank of England preparing to sell £80bn of gilts held on its balance sheet thanks to its quantitative easing programme.

The moves come as the Bank responds to soaring inflation by raising interest rates, despite warning that Britain’s economy is already in recession.

Antoine Bouvet, a senior rates strategist, and Chris Turner, the global head of markets at the Dutch bank ING, said the conditions amounted to a “perfect storm” for the UK as global markets shun sterling and gilts.

“Price action in UK gilts is going from bad to worse. A daunting list of challenges has arisen for sterling-denominated bond investors, and the Treasury’s mini-budget has done little to shore up confidence.” 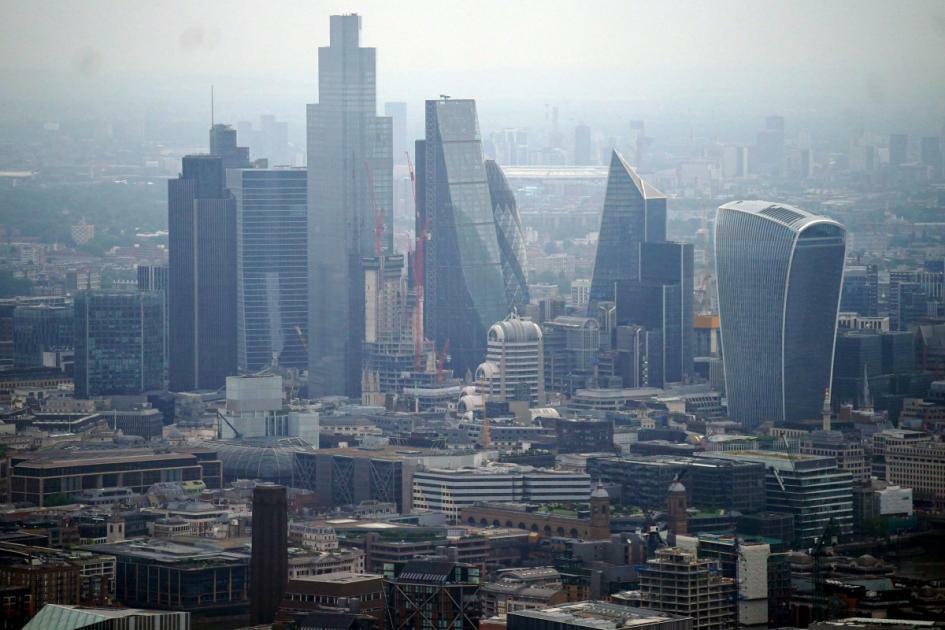 The National (Scotland)
From analysis to the latest developments in health, read the most diverse news in one place.
Pound plummets to fresh 37-year low as markets are spooked as mini-budget unveiled

The pound traded below $1.11 against the US dollar briefly this morning following the Mini-Budget announcement from the Chancellor Kwasi Kwarteng in the House of Commons

The Guardian - UK
One place to find news on any topic, from hundreds of sites.
Pound falls below $1.09 for first time since 1985 following mini-budget