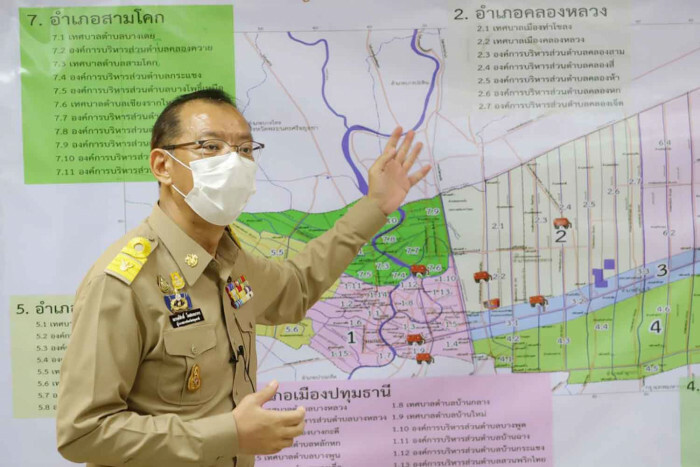 Pathum Thani governor Narongsak Osottanakorn, recognised as a hero for leading the Tham Luang cave rescue of trapped boys in 2018, has declared, together with his wife, 45.39-million-baht in assets.

The former Chiang Rai governor has been back in the spotlight recently. He reportedly met Palang Pracharath Party leader Prawit Wongsuwon last Thursday amid rumours he may be the second choice of prime ministerial candidate for the ruling party in the next general election.

That would likely only become relevant if incumbent PM Prayut Chan-o-cha decides not to run on the party's ticket.

Mr Narongsak, however, insisted he would not accept the nomination. Despite confirming news reports that he did in fact meet Gen Prawit, the governor said he only discussed water management matters with the deputy prime minister.

According to the National Anti-Corruption Commission (NACC), Mr Narongsak owns 24.65 million baht worth of assets while his wife, Chinchana, owns 20.73 million baht in assets. The vast majority was savings totalling 26.5 million baht, according to a list of their assets declared to the NACC on July 22. As a high-level official, he is required to declare his and his wife's assets every three years.

Mr Narongsak and his wife jointly own a house worth 2.46 million baht, two condominium units in Bangkok, a car, and other investment assets worth 6.41 million baht, according to the NACC.

Verasak Vichitsangsri, a former Samut Sakhon governor who won public recognition when he was infected with Covid-19 as he fought to contain an outbreak, declared owning with his wife assets worth 50.15 million baht.

Mr Verasak owns 21.25-million-baht worth, while his wife's are valued at 28.89 -million baht. Most were plots of land. Mr Verasak declared a net debt of 2.13 million baht.