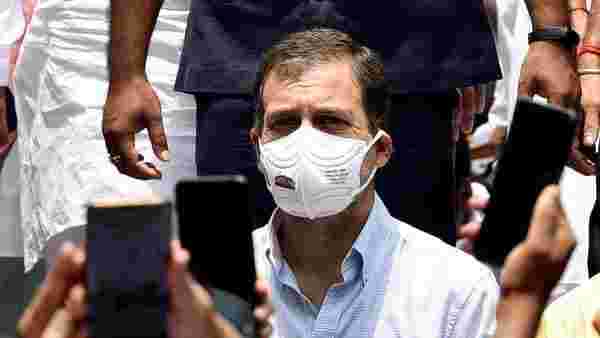 Congress leader Rahul Gandhi has called for the postponement of the National Eligibility-cum-Entrance Test (NEET)-UG-2021 examination. He also slammed the Centre for being "blind to student's distress". The Congress leader also urged the government to let the students "have a fair chance" in the exams.

"Government of India (GOI) is blind to students' distress. Postpone #NEET exam. Let them have a fair chance," tweeted the Congress MP.

GOI is blind to students’ distress.

Postpone #NEET exam. Let them have a fair chance.

On Monday, a bench of the apex court, headed by Justice A M Khanwilkar, refused to interfere with a petition filed seeking directions to the authorities concerned for rescheduling the NEET UG- 21.

"We are not inclined to pass any order. Sorry. You (the petitioner) may approach and make your representation to the Competent Authorities with your prayers and reliefs you seek," the bench led by Justice Khanwilkar said and refused to interfere with the petition and pass any order on the issue.

The National Testing Agency on September 3 had clarified to the bench that the students would be allowed to appear for the examination, irrespective of the fact that CBSE results would not be declared by then.