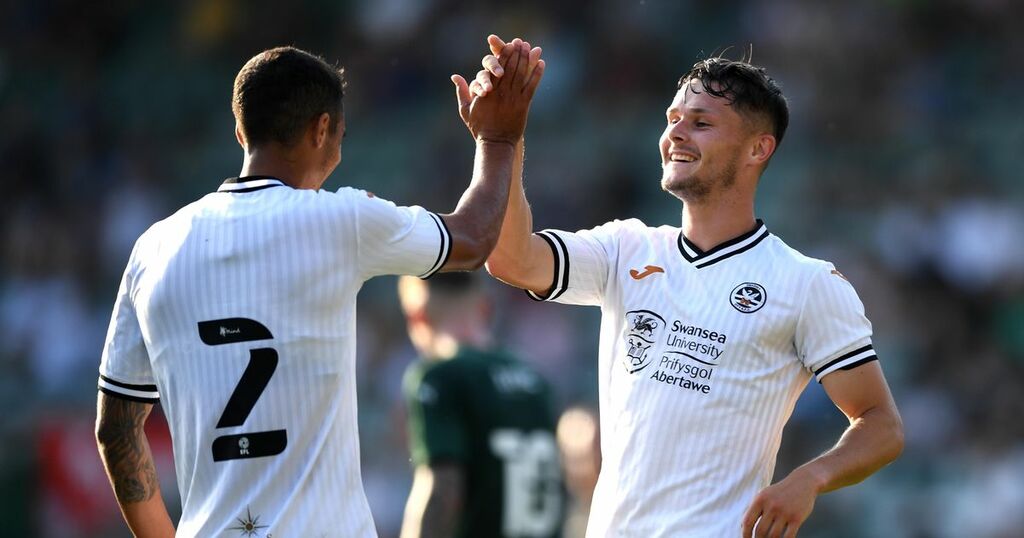 Danny Cowley says Portsmouth have not been in contact with Swansea City over a potential loan swoop for Liam Cullen.

However, the Pompey boss admits he is a huge fan of the Welshman and believes that the Swans' academy product will soon become a regular goalscorer.

Cullen has made 13 appearances in all competitions for Swansea so far this season, although he has not started a league match since the 3-1 loss to Preston North End in August and has failed to score a single goal under the current coaching staff.

League One outfit Portsmouth have been heavily linked with a swoop for the 22-year-old who has been unable to force his way in front of top scorer Joel Piroe this term.

It is possible that the Wales Under-21 graduate will be allowed to leave on loan, although the Swans would need to bring in a replacement having already allowed Morgan Whittaker to join Lincoln City for the remainder of the season.

And, amid fierce speculation of a possible move to Fratton Park, Cowley admitted Cullen possesses plenty of qualities.

"He’s a player I know with good movement, energy and technical ability," he told The News.

"He hasn’t scored as many goals as he should for his quality.

"But he will score goals, he will definitely score goals. If you look at his expected goals there’s goals in that boy. No doubt.

"There’s a lot to like about him. He’s an intelligent player, a really good presser and he’s a lot of characteristics we like in players."

Asked if they had approached Swansea over a potential deal for Cullen, Cowley responded: "No, there’s not [contact with Swansea], not over Cullen. No.

"He’s a Swansea player and we have a huge respect for Russell Martin and the job he’s doing there."

Swans boss Martin recently admitted he was not surprised to hear that Cullen was attracting loan interest.

The forward came close to joining Swansea's former under-23s boss Cameron Toshack at Pafos during the 2020 January transfer window, although Steve Cooper opted against sending Cullen out before handing him a new contract.

An injury limited his impact in the second half of the 2020/21 campaign, and head coach Martin recently admitted he would understand if the frontman would want to play regularly elsewhere in the short term.

"It's no surprise to me that Liam would be wanted by loads of clubs," Russell Martin told WalesOnline in December.

"At this minute in time we only have three strikers in the building so it would be very difficult to let Liam go out.

"You think of the young guys to come through the academy, and he's played less games than others.

"There might come a point where he needs to play football. At this minute in time, he's here, he gets on the pitch. We love him and the way he trains every day, his dedication is amazing.

"We'll just have to see on that one. No one has rung me about Liam. We haven't made him available for a loan."