Port's Fantasia will be fit for AFL final 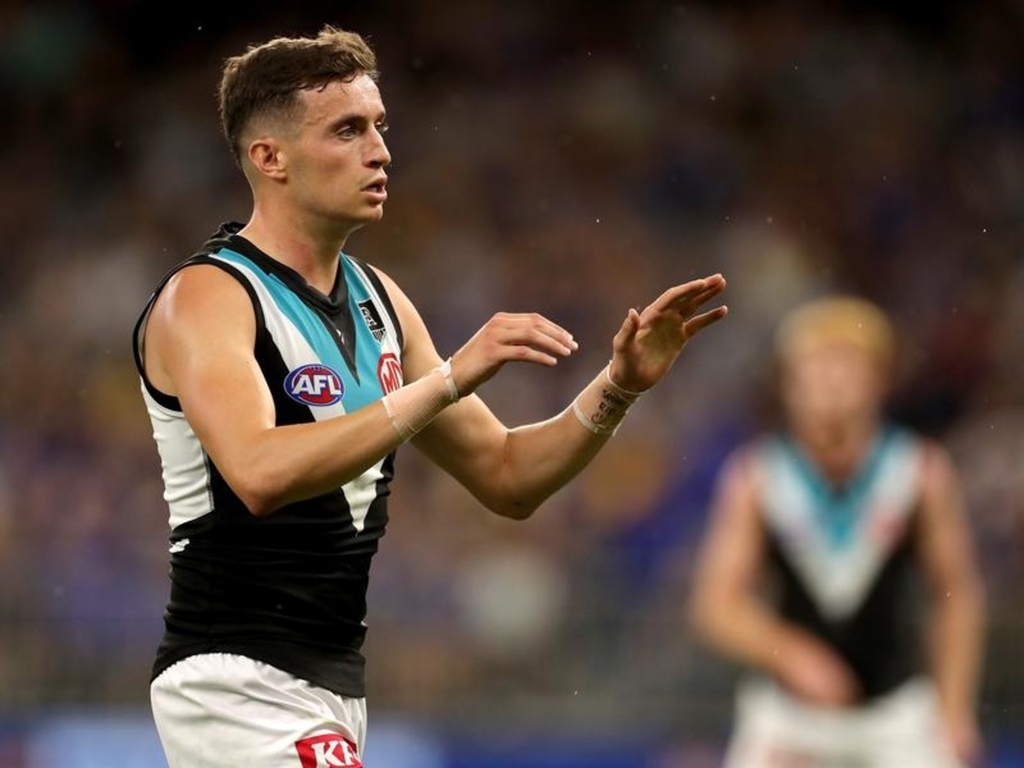 Port Adelaide is dismissing any lingering concern over Orazio Fantasia's fitness despite the injury-prone forward being restricted at training on Tuesday.

Fantasia and fellow goalsneak Robbie Gray were placed on light duties at Alberton Oval ahead of Port's preliminary final against the Western Bulldogs on Saturday night.

Fantasia booted four goals in the Power's qualifying final win against Geelong before being substituted in the last quarter after copping a knock to a knee.

Teammate Dan Houston says the workloads of both Fantasia and triple club champion Gray are being managed ahead of the Adelaide Oval knockout final against the Dogs.

"They will be ready to train on Thursday," Houston told reporters, adding the key pair were in "no doubt at all" for the game.

Port will host a preliminary final for the second season in a row - they lost last year by just six points to eventual premiers Richmond.

And Houston was adamant the Power were better placed this year.

"We have all taken a leap forward in our game ... we're in a better position to embrace what comes at us this time around," he said.

"During the week we have gone back through (the preliminary final from) last year and what we thought we could have improved on.

"It was a pretty close game but probably our composure during the game hurt us a little.

"We will be looking to use what we learnt from last year - all the little things help us be a better team this time around.

"We feel like we're a really strong connected group that does the little things really well and that is what it will come down to on the weekend."

The Bulldogs have injury concerns over captain Marcus Bontempelli (knee) and will lose dangerous forward Cody Weightman to concussion.

In contrast, the Power have a remarkably healthy playing roster.

"Everyone is a bit on edge this week ... we all know it's a tight selection,"

"It's a good spot to be in. Some boys will be disappointed come (selection on) Thursday and some will be excited, but we will get around each other and stay connected and tight."