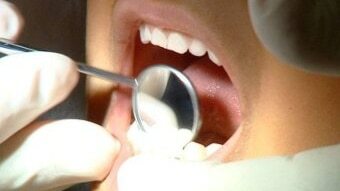 A poll on water fluoridation in the Port Macquarie-Hastings Council area has been scrapped, with council instead hoping to engage directly with New South Wales Health on the issue.

The poll was due to be held at the local government elections in December, with voters to be asked the question: "Do you want Port Macquarie-Hastings Council to permanently cease adding fluoride (hydrofluorosilicic acid) to the drinking water supply?"

Since a decision last month to proceed with the poll, Port Macquarie MP Leslie Williams spoke out against it and said if councillors were concerned about fluoridation they should take it up with the state government.

She also said she was hearing from community members every day who were concerned about the poll, particularly the cost.

Deputy mayor Lisa Intemann and councillors Geoff Hawkins and Robert Turner put a motion to last night's meeting to rescind a decision from last month to proceed with the poll.

While Councillor Intemann still held concerns about fluoridation she said she had "reluctantly" changed her mind on the poll.

"My perspective changed very dramatically, in particular because of the delay of three months in the council election," she said.

"The debate had got very heated and quite nasty and was causing a lot of division in the community and so for that reason, I am moving this rescission motion, that we no longer hold the poll.

She was supported by councillors Turner, Hawkins and Peter Alley, with the rescission motion passing four votes to two.

Council also received a petition from approximately 137 residents at the meeting, including health professionals and scientists, opposing the poll, with concerns including the method itself, the cost, and the wording of the question.

It was recently revealed residents of the Port Macquarie-Hastings region have not had fluoride added to their drinking water in more than 18 months, leading to a call from the NSW Health Minister to resume fluoridation.

NSW Health supports fluoridation  "as a safe and effective way to help prevent tooth decay in the community."

Councillor Pinson said the poll's cancellation takes an important and very polarising issue off the table.

"We will not know what our community really thinks about something that affects every person that receives fluoride," she said.

"This isn't about fluoride anymore, this isn't about $90,000 anymore – this is about asking our community what their desires are moving forward in relation to how their drinking water is treated.

"Going to the poll was the way to end that debate once and for all."

If it had proceeded, the poll would be non-binding as the final decision on fluoridation lay with the Department of Health.

After scrapping the poll, council again voted four votes to two on a subsequent motion setting out the alternative actions council would take in lieu of the poll.

It included council accepting an invitation from Port Macquarie MP Leslie Williams to engage directly with New South Wales Health on the issue of water fluoridation.

Councillors were being asked to send any questions they have on water fluoridation to the Council's chief executive officer, who would convey them to Ms Williams and the Secretary of the Department of Health.

A report was also due to come to council's meeting next month, outlining the process of the poll to date, including how much its cost.