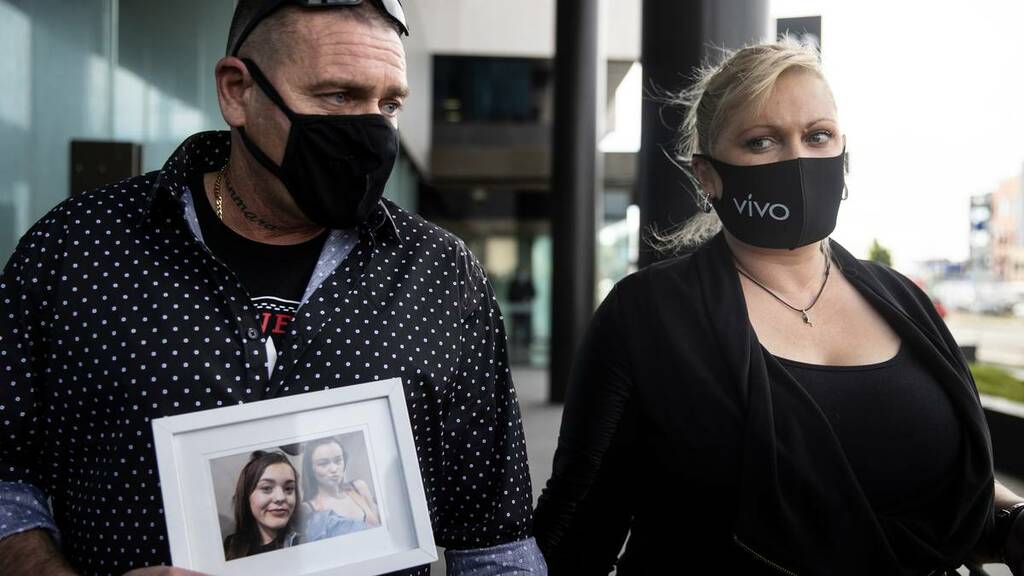 The father of two daughters killed in a fiery car crash on the Port Hills near Christchurch says he will never forgive the teenage driver responsible for their deaths.

Jason Alexander told the Herald he believes Levi Fiddymont, who is due to be sentenced this afternoon, should be given a prison sentence for his lack of remorse and empathy.

"I think for the crime he has committed he deserves to be put in jail. I offered him forgiveness from the beginning but now I feel foolish. He never responded and has been arrogant all the way, we even made complaints to the courts about the way he glared at us. This was no accident, it was stupidity trying to take that bend at high speed on that road. There will never be justice, my girls are dead, nothing will bring them back and the third passenger has lifelong injuries," Alexander said.

Tayla Alexander, 17, died instantly when the car she was in went over a bank and burst into flames on Summit Rd about 11pm on November 27, 2019.

Alexander says he has been in a dark place for two years and tried taking his own life to be with his girls. He told the Herald he was a "sobbing mess".

"I lost my two best friends. I was in an induced coma as I wanted to take my own life. It has been very confusing and painful. I still randomly break down at work when I hear a song on the radio that reminds me of the girls," Alexander said.

Tayla, Alexander's eldest daughter, had a "heart of gold" and always put others before herself. He says she had a great work ethic, was a talented artist and loved animals. She worked part-time at a doggy daycare centre and wanted to study psychology to help people with depression.

Her younger sister, Sunmara had a "strong will and a strong mind". She was a "fun-loving prankster" who loved her family and was popular at school.

Alexander feels saddened he will miss celebrating his daughters turning 21 and walking them down the aisle.

"I will never have the honour of holding and watching my grandchildren grow up, this has all been taken from me. I have seen the pain and hurt my parents are going through," Alexander said.

He is planning to tell the courts he has spent two years thinking about what he would say to Fiddymont without "malice or hate" in his words and without "pointing the finger and blame on one person" but claims it isn't easy.

He says his only message to Fiddymont now is: "I hate you, what you have done and the decisions you made that night. One day you will have kids of your own and then you will know what it feels like. The love you have for your children is different from all other love. I truly hope you never experience the grief and heartache I have been through. It is every parent's nightmare is to lose their children and have to bury them before you."