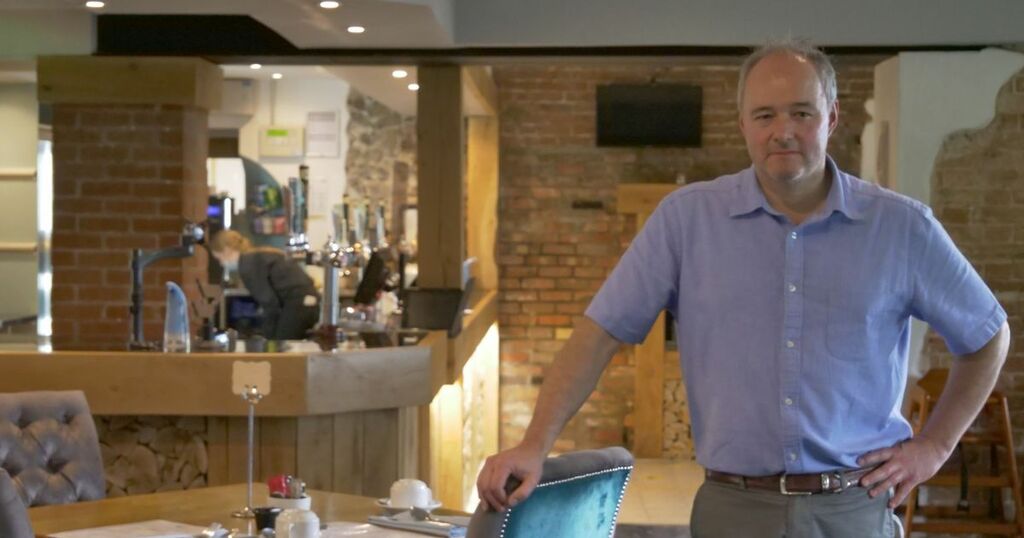 The owner of a popular Gower venue has chosen to raise wages by 30% to attract staff after facing the "devastating" decision to close its bistro doors.

The iconic Oxwich Bay Hotel, centred at the doorstep of the stunning Oxwich Bay, has been serving as a hotel, bistro and wedding venue for decades.

But now the venue owner has given a candid insight into their "most exhausting" period of history after facing fears over having to permanently close the business's bistro.

Read more: The pub at heart of Gower's summer staffing crisis where the bar manager has been working as the head chef to help keep business going

On September 1, the multipurpose venue had decided to permanently close the bistro's doors after "struggling to see any way forward".

With staffing issues being the primary reason behind the decision, the venue has in recent months "been exhausted" by the ongoing hospitality issues reaching the Gower.

The decision was made by owner Ian Williams, who took over the business from his parents 40 years ago, and who describes the period as the worst he has ever seen.

"We were struggling so hard to find anyone we had to shut for eight days. It just got to the point where I was scared of it bleeding into the other sides of our business" explained the 57-year-old.

"It was devastating for me, it's been in my family for generations and it isn't something I wanted to do or did lightly, the mental fatigue it's had, not only on me but my staff, has been overwhelming."

"It felt like we ripped out the heart of the place, we've been serving meals here for decades and we did not want the struggles of one of the businesses to bleed into the others," said Ian.

The business owner attributed the staffing issues to the growing uncertainty in the industry with concerns over future lockdowns and rules being implemented in the future.

With his own staff considering options elsewhere as restrictions eased, so too did the demand for workforce in other sectors, and Ian found that other industries could offer a more stable and secure income.

"With all the uncertainty, it's been difficult. I have had staff with me for years and I did not want to lose them but when you have other options available, people have lost trust in the industry and its no fault of our own," he said.

With the previous month of August being particularly difficult, Ian said customers were often quick to blame staff members for errors and mistakes.

"It was just a reoccurring problem, people have got back used to life as normal but don't recognise the issues around our industry, we had complaints virtually every day."

"The sector is in a dangerous place, it got to the point where it was mentally exhausting not just for us but our staff and I knew something had to change" said Ian.

The businessman believes the severe lack of workforce in the sector has led to businesses having to adopt a 'fight or flight' approach where some may not be able to compete.

The bistro remained closed for a week until the decision was made to dramatically increase the wage by 30%.

Within the space of a few days, the business had been approached by people who Ian says "walked through the door".

"They brought a breath of fresh air to the place and it looks like we can now take a U-turn on our decision and go back to offering something within the bistro," he said.

Despite taking on several members of staff, the bistro is still being limited to prevent future issues arising.

"It isn't where we hoped to be but it is a step forward. I can't make any guarantees about when we will be back at full capacity but it won't be for several months," Ian said.

"We have to take things slowly and our resources have to remain invested into maintaining the hotel and weddings."

With the hotel having 42 rooms, alongside running four to five weddings per week, the owner says they are busier then ever which demands the resources.

With the busy venue gaining a new lease of life in their decision to increase wages, Ian argues that the location has been a major contributor to the lack of staff available.

"We are fortunate enough to be able to financially afford making this decision with having weddings and a hotel but not every business down the Gower has that," warns Ian.

"Hospitality is adapting to this new way of life, its not just about money, work life has become a huge factor, people just want the right balance."

With the bistro now making a return, Ian attributes the success of the business to his staff and hopes this new influx of members will help contribute to the future.

"Staff mean everything to me and I just want to thank them for it, if people could be more considerate to the industry at this point of time it would go a long way" he said.