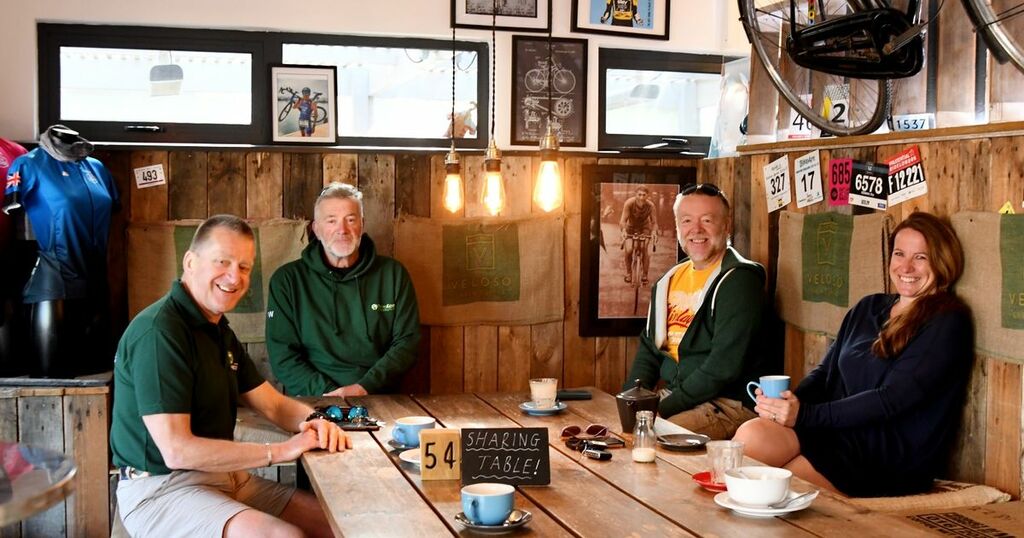 Nottinghamshire's top cafe isn't the easiest to get to but it's worth the effort
Visitors can expect great coffee, quality food, reasonable prices and unusual surroundings

Speaking on the Channel 5 documentary Primark: How Do They Do It?, psychologist Dr Amna Khan revealed all of the…

Lynn Beattie, aka Mrs Mummypenny, explains how to go through your direct debits after noticing complaints from her readers about…

Popping people back up on their bikes by the lake

Convenience and a better bike riding experience is what's promised to Canberrans who happen to ride through this latest repair initiative.

Simon Weir has created his own small business called 'Simon the Bike Guy', which is a fully mobile service during weekdays, or a stall people can ride their bike to for repairs on the weekends, set to make cycling accessible.

A regular walker along the foreshore, Mr Weir would often read a book and could always hear "bikes that are dead, like clicking, screaming" as brakes rubbed and people bottomed out because their tires were flat.

"I was like 'oh my god, I wish I could just stop these people for five seconds and completely change their riding experience'," he said.

"So I thought it was a really easy win, if anyone tries to stop just for five minutes, I could really improve their experience on their bike."

What has become Mr Weir's full time career, he provides a mobile service during weekdays and pop-up bike repairs on weekends.

"I started getting personal calls from the pop up and giving out business cards and it started to become an impossible balance with full time work," he said.

With a background in mathematics and working across multiple bike shops, Mr Weir had "unique skills" to look over a bike and identify anything that's wrong with the equipment.

"The customers had this experience where their mind's blown that bike mechanics exist and that it can personally help them," he said.

Creating a "personal experience" with customers has been a priority for Mr Weir as he felt it made them "gain trust" with the services he provided, on top of having an alluring penny-farthing bike.

"I bought a penny farthing and it sat next to this pop up and it hooked in so many conversations just from people absolutely drooling over it," he said.

Mr Weir's business model became a 'pay as you want' system, as he found giving customers a vague price range of what bike repairs involved led to more generosity.

"People don't even know what it's worth and don't particularly get value from reading this big, litigious menu and so I thought the traditional model is not really relevant here. If I do more people and they ride off with a nicer bike, why not let them pick their own price?" he said

The system became extremely successful for Mr Weir, as most customers have been "extremely generous" when he them a vague price range of what the service would cost.

"The pop-up can make just over $1000 in a day, which is nuts for just tightening bolts and wiping it down a bit and it just goes to show how aesthetically under serviced people's bikes are," he said.

Mr Weir hopes his initiative is helping to change the industry, as it is in his view services are inflated by distributors that have a stronghold on the industry and he believes his approach to filling a niche is inevitable.

"Key distributors of big brand parts will only sell to brick and mortar stores, so this mobile thing to that is a threat. It's just like 'get out you're an animal, you're ruining the industry' and frankly I just think it's the next logical step," he said.

"I would like retailers to do retail, focus on that - so have a production out back that's lower skilled worked for them but they don't have to get these experts anymore ... I think ultimately the workshops need to level up and I think the retailers need to focus on retailing."

Simon Weir is available at his pop-up on weekends at Bowen Park by the lake in Barton, or he can be called for services from his website.

Nottinghamshire's top cafe isn't the easiest to get to but it's worth the effort
Visitors can expect great coffee, quality food, reasonable prices and unusual surroundings

Speaking on the Channel 5 documentary Primark: How Do They Do It?, psychologist Dr Amna Khan revealed all of the…

Lynn Beattie, aka Mrs Mummypenny, explains how to go through your direct debits after noticing complaints from her readers about…