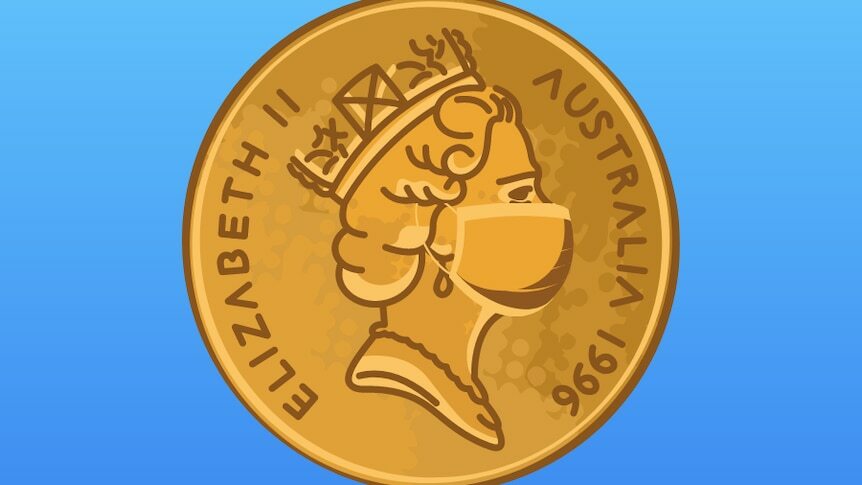 There were almost four times as many COVID-19 deaths among Australians in the nation's poorest areas than in the wealthiest places, a new report into the health impacts of the first year of the pandemic has found.

The Australian Institute of Health and Welfare (AIHW) report examined ABS data dividing the Australian population into five groups — from least to most advantaged, taking income, education and employment into account.

It compared that data with COVID-19 death statistics from 2020 and found those in the least advantaged group were four times more likely to die than the most advantaged.

When researchers controlled for age, they found Australians in the lowest socio-economic group were still 2.5 times more likely to die from COVID-19 than those in the wealthiest areas.

AIHW epidemiology adviser Lynelle Moon said the findings were crucial for health policymakers as they continued to navigate the crisis.

"It's certainly a really important consideration in managing the pandemic, and it's certainly consistent with evidence from other countries," Dr Moon said.

"We know that COVID-19 is very infectious and very severe, but we also know it affects some groups more than others, so that needs to be taken into account in our strategies for managing the virus."

GP Kean-Seng Lim's practice is in the western Sydney suburb of Mt Druitt, which is among the least advantaged areas in Australia.

He said there were several reasons why Australians from lower socio-economic areas were more likely to get sick and ultimately die from COVID-19, including not having jobs where they could work from home, less access to health care, and underlying chronic conditions.

"Unfortunately illness has always discriminated against those from the lowest socio-economic groups," Dr Lim said.

"Your health is very frequently determined more by your postcode than anything.

"We have higher levels of diabetes, heart disease, lung disease, higher levels of smoking, and often we have families living in more crowded situations, and this allows illnesses to travel more easily between them.

The figures are another example of a healthcare postcode lottery, according to Labor MP Mike Freelander, whose south-western Sydney electorate of Macarthur also encompasses several suburbs in the lowest socio-economic group.

"The pandemic has highlighted these equity issues, but they were present for a long time before the onset of the crisis," Dr Freelander said.

"People in the west and south-west have struggled accessing health services and the pandemic has highlighted that. Our hospitals are really under the pump with the increase in health services."

Dr Freelander, who has worked as a paediatrician for more than four decades, said he had been consistently frustrated by the health-wealth gap.

"Some of the health policies are still exacerbating that health divide alongside the so-called latte line and we have rapidly increasing populations [and] few health resources. And in any health emergency, that increase in pressure means worse health outcomes for our population."

The lower the income, the greater the risk

Overseas, there have been similar examples of COVID-19's disproportionate impact on the poor.

A UK inquiry recently found the chances of dying from COVID-19 were nearly four times higher for adults of working age in England's poorest areas than for those in the richest, while in Canada, the least affluent neighbourhoods have had the greatest number of COVID-19 hospitalisations.

It has been an even greater problem in the US, where COVID-19 outbreaks have spread rapidly among poor communities.

The reasons why are relatively consistent across most developed countries.

The International Monetary Fund notes low-wage workers are typically employed in essential services and cannot work from home. They are also more likely to live in overcrowded housing where social distancing is not possible, and when they do become sick, it is harder to access health care.

In the US, people with lower incomes are also less likely to be covered by health insurance, limiting their access to healthcare services.

The IMF believes targeted income for poorer households can help keep people at home, and minimise their exposure to the virus.

This is something state and federal governments are already doing, with various assistance payments available in COVID-19 outbreak areas, such as Greater Sydney.

It also says widespread testing with rapid antigen tests is key to identifying and isolating new cases, and the federal government is currently considering broader use of those tests in homes and workplaces.

In a statement, the Health Department said the federal government had been working hard since the start of the pandemic to ensure health services were equal and accessible, with free testing and vaccinations for everyone in Australia and targeted financial support packages to keep people at home and businesses afloat.

A department spokesperson said it was also providing additional funding to primary health networks to help vaccinate vulnerable Australians who were having difficulty accessing a vaccine.

"Some of these communities include (but are not limited to): culturally, ethnically and linguistically diverse people, those not eligible for Medicare and those in rural and remote areas with limited healthcare options," the spokesperson said.

But for Dr Lim and Dr Freelander, additional investment in health care in lower socio-economic areas is the most crucial step needed to minimise the disproportionate impact of COVID-19 on the nation's most vulnerable.

"It is a constant frustration that we have this inequitable distribution of health care and resources," Dr Lim said.

"The very first thing we have to recognise is that equal distribution of resources is not equitable — for true equity, we have to be out there and engaging in communities and finding those resource gaps."