Polo Restaurant gears up for one last dinner service 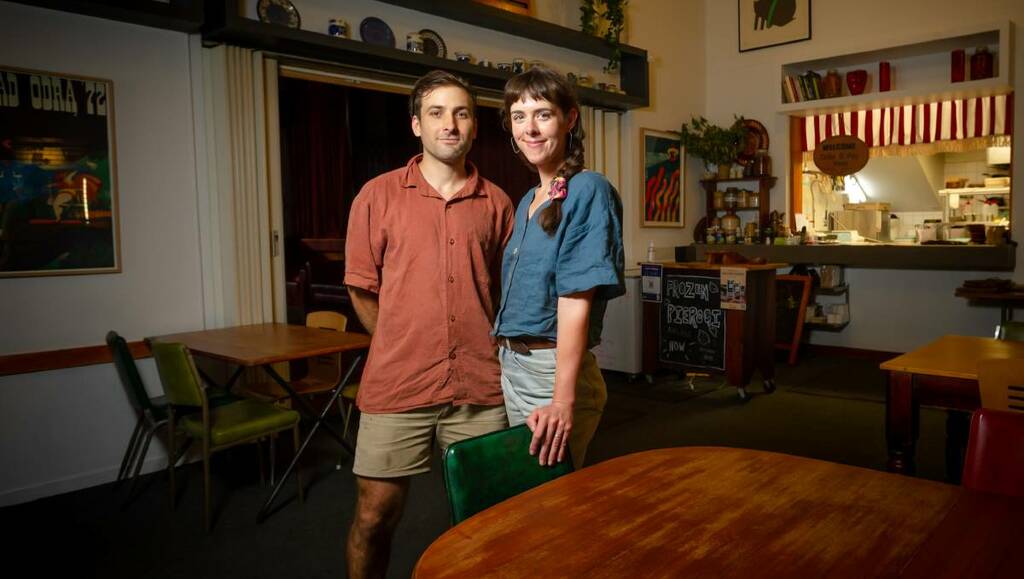 When Adam and Fiona Veikkanen announced on Wednesday that Polo Restaurant was closing, they offered one last chance to pre-order their much-loved pierogi.

Within 90 minutes, everything had sold out.

It just shows how popular the restaurant, which found a home inside the Polish White Eagle Club, had become. It's part of the reason why the Canberra couple had decided to call it a day on the Polo, with their last day of business on Friday.

It's true - COVID had placed extra pressures on the business, as it had the entire hospitality industry.

However the couple said the main reason for the decision was that the restaurant had outgrown the space.

"It was something that we've been mulling over for the last year or so. And it wasn't that we wanted to end it. It was just, we had exhausted our options here," Mr Veikkanen said.

The couple started running the restaurant in 2015, while the Polish White Eagle Club still ran the bar that sat alongside it.

This was the couple's first venture into hospitality and they said they were grateful that the Polish Club had given them the chance to try their hand at it.

With Mr Veikkanen taking over as chef, and Ms Veikkanen handling the business side of things, the couple had created a menu that managed to walk the line between the traditional Polish flavours such as cheese and potato pierogi, with more modern Australian flavours such as kangaroo beetroot and rosehip pierogi.

As well as it being a way of experimenting in the kitchen, another motivator for the move away from a completely traditional menu was the couple's consideration of sustainability.

As well as using the more ethical meat option of kangaroo, wild boar pierogi - made from feral pigs caught in northern NSW - has also featured on the menu in the past.

The good news is the couple is not ruling out pierogi featuring in their future venture.

"Adam has finally perfected all these incredible recipes, so it'd be a shame for them to just go nowhere, so we'll see," Ms Veikkanen said.

"We are going to take a moment. We've got lots of ideas. Lots of potential plans and we'll be open to potential collaborations. We're not sure yet.

"It has been an amazing opportunity and we have loved the chance to meet so many interesting people and be part of this incredible and diverse community."

Polo Restaurant is the second Canberra favourite to announce its closure in recent weeks.

Sammy's Kitchen on Bunda Street closed its doors on New Year's Eve, however it's Kingston foreshore location is still open for business.

The owners are also in the process of looking for another location to open a second restaurant.