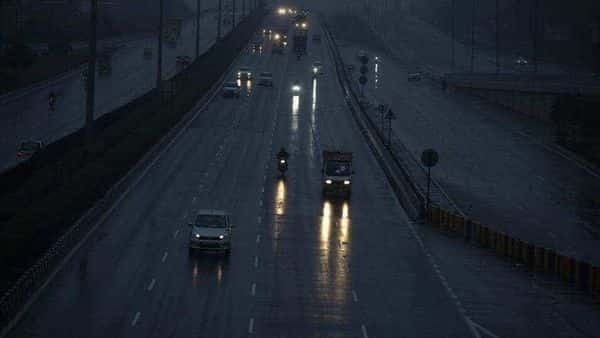 The air quality in the national capital has dropped from the 'satisfactory' category to 'moderate', with the city recording an overall Air Quality Index (AQI) at 193, according to the System of Air Quality and Weather Forecasting And Research (SAFAR).

The air quality in the national capital was in the 'moderate' category for the last three days as the capital city and its adjoining areas witnessed heavy rainfall in the last few days.

Meanwhile, the national capital recorded a minimum temperature of 6.5 degrees Celsius, a notch below the normal, while the air quality was in the 'poor' category earlier this week.

The maximum temperature was 18.3 degrees Celsius, two notches below the season's average, they said. Relative humidity at 5.30 pm was 78 per cent. The India Meteorological Department (IMD) predicted foggy days through the week.

"There will be dense fog on January 12 and 13. The maximum and minimum temperatures on Wednesday is expected to hover around 19 degrees Celsius and 8 degrees Celsius respectively," it said. According to Central Pollution Control Board's (CPCB) 24-hour AQI bulletin at 4 pm, Delhi's air quality was 224 which falls in the 'poor' category.