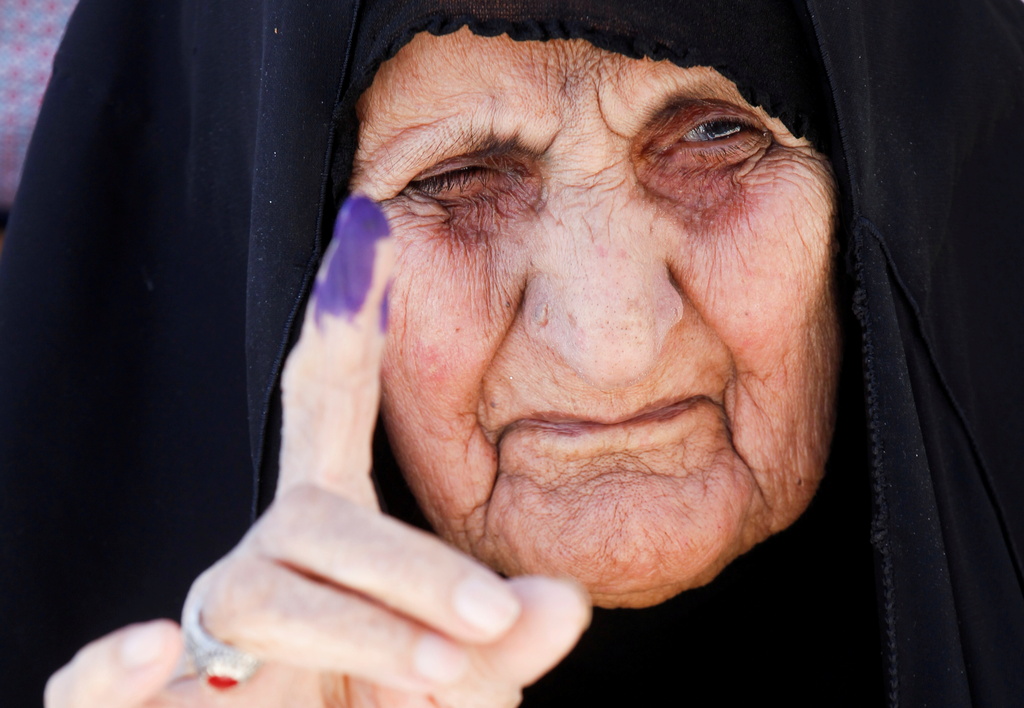 Polls have closed in Iraq’s parliamentary election with one of the lowest turnouts in years amid waning support for the democratic system brought in following the United States-led invasion of 2003.

Some 41 percent of eligible voters cast their ballots in Sunday’s election, according to the Iraqi election commission.

The figure marks the lowest turnout in the five elections since long-time ruler Saddam Hussein was deposed in 2003.

The previous low was recorded in 2018, when 44.5 percent of eligible voters turned out to cast their ballots.

The established, Shia-dominated ruling elite whose most powerful parties have armed wings is expected to sweep the vote, with the movement led by populist Shia scholar Moqtada al-Sadr – who opposes all foreign interference and whose main rivals are Iran-allied Shia groups – seen emerging as parliament’s biggest faction.

Such a result would not dramatically alter the balance of power in Iraq or the wider Middle East, say Iraqi officials, foreign diplomats and analysts. But for Iraqis it could mean al-Sadr – a former armed group leader and religious conservative – could increase his sway over the government.

Results are expected within the next 48 hours, according to the independent body that oversees Iraq’s election. But negotiations to choose a prime minister tasked with forming a government are expected to drag on for weeks – or even months.

Speaking from Baghdad, Mazin al-Eshaikir, an independent Iraqi politician and former economic adviser to the government, said the low turnout in Sunday’s vote would affect the legitimacy of the elected government – as it did in 2018.

“We will have to honour the results, but we are back to the purple finger fatigue,” al-Eshaikir told Al Jazeera.

“People have been going to the polls for 18 years, but they can’t see any change and people are getting fed up.”

The election was held several months early under a new law designed to help independent candidates – a response to mass anti-government protests two years ago.

“I lost my 17-year-old son Hussain after he got killed by a tear gas canister fired by police during Baghdad protests,” said al-Saadi, whose house is close to a polling station in the mainly Shia Baghdad district of Karrada.

“I will not vote for killers and corrupt politicians because the wound inside me and his mother we suffered after losing our boy is still bleeding.”

In Sulaimaniyah, in the Kurdish region of northern Iraq, Sirwan Hama Faraj, an observer from the Kurdistan Islamic Union, told Al Jazeera that “75 percent of people boycotted the vote because they have lost hope in the election process”.

Barzan Wahab, an artist, said people feel frustrated by the election, but he noted the political class did hold it early because of the bloody protests of October 2019.

“Despite the low turnout, this election would definitely change Iraq’s political map because this early election is the result of the October protests,” Wahab told Al Jazeera.

Speaking from Washington DC, Abbas Kadhim, director of the Iraq initiative at the Atlantic Council, said that despite the low turnout, that was in “no shape or form an indicator of the illegitimacy of the election.”

“As long as nobody, who was eligible to vote was prevented from voting, then the vote is legitimate. And that is what happened,” he added.

Von Cramon said she witnessed no irregularities or technical issues during the vote. “Everything from the preparation side was well done,” she said.

Rekar Muhammed, 23, an observer from the New Generation opposition party in Sulaimaniyah province, concurred. “We did not see any irregularities or attempts of voter fraud.”

Some Iraqis were keen to vote in what is Iraq’s fifth parliamentary vote since 2003 – and are hopeful of change. In the northern city of Kirkuk, Abu Abdullah said he arrived to vote an hour before polling stations opened.

“We expect the situation to improve significantly,” he said.

At least 167 parties and more than 3,200 candidates are competing for parliament’s 329 seats, according to the election commission. Iraqi elections are often followed by protracted talks over a president, prime minister, and a cabinet.

Prime Minister Mustafa al-Kadhimi is not running for election but the negotiations after the vote could yet see him get a second term. Al-Kadhimi, who is viewed as Western-friendly, has no party to back him.

Al-Kadhimi told reporters as he cast his ballot: “I call on Iraq people: there’s still time. Go out and vote for Iraq and vote for your future.”

Al-Kadhimi’s government called the vote early in response to protests in 2019 that toppled the previous administration.

Protesters’ demands included the removal of a ruling elite most Iraqis view as corrupt. The demonstrations were brutally suppressed and some 600 people were killed over several months.

The country is safer than it has been for years and violent sectarianism is less present since Iraq vanquished the armed group ISIL (ISIS) in 2017 with the help of an international military coalition and Iran. But corruption and mismanagement have meant many of Iraq’s 40 million people lack jobs, healthcare, education and electricity.

“Why won’t I vote? Because I have no faith in people. Those we elected, what have they done?” asked Mohammed Hassan, a resident of Basra. “Look at the garbage, the filth … The previous government’s projects, where are they?”

The US, Gulf Arabs, and Israel on one side and Iran on the other compete to influence Iraq, which provides Tehran with a gateway to back armed allies in Syria and Lebanon.

The 2003 American invasion toppled Saddam Hussein, a Sunni Muslim, and catapulted to power the country’s majority Shia and the Kurds, who were oppressed under Saddam.

It unleashed years of sectarian violence, including the takeover of one-third of the country by ISIL between 2014 and 2017.