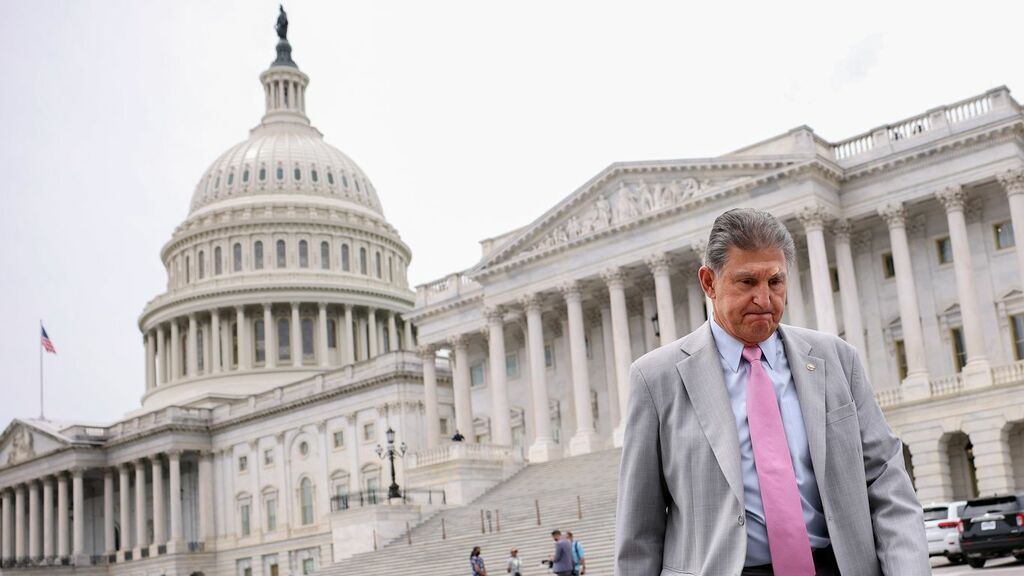 Six in 10 Americans favor the call by Sen. Joe Manchin (D-W.Va.) for a “strategic pause” on Democrats' $3.5 trillion spending plan, according to new polling by the bipartisan policy group No Labels shared with Axios.

Why it matters: The survey of 974 registered voters, conducted Tuesday, is the latest flash point in the fight over infrastructure — and how aggressively Democrats should move on a budget reconciliation package to allow them to enact key planks of President Biden's agenda without a single GOP vote.

By the numbers: In suburban areas, which are crucial to Democrats' hopes to retain the House in 2022, the poll found 64% support the pause while 36% oppose it.

Between the lines: No Labels has been running ads on national cable TV pushing for a separate, bipartisan $1.2 trillion infrastructure package that passed the Senate to also clear the House and be signed into law as quickly as possible.

Flashback: Manchin put the brakes on the $3.5 trillion plan with a Wall Street Journal op-ed last week, demanding a "strategic pause." He cited inflation and a need to preserve fiscal headspace for any additional COVID-19 permutations.

What's next: The fight over Biden's $3.5 trillion spending package begins for real on Capitol Hill at 10am with committee markups.