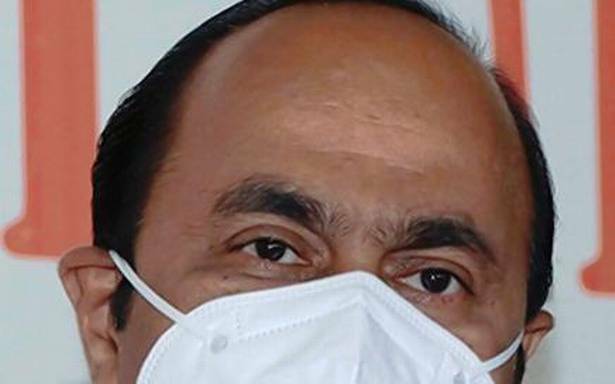 In an open letter to Chief Minister Pinarayi Vijayan, Leader of the Opposition V.D. Satheesan expressed deep worry over what he termed as a well-entrenched “covert and overt” bid to destroy communal amity in Kerala.

Without directly referring to the prelate’s speech about an active Islamist plot to entrap Catholic and non-Muslim youth with addictive narcotic drugs, Mr. Satheesan demanded a police investigation into the “attempt to stoke up communal enmity”.

He noted that divisive rhetoric centred on the controversy dominated social media and warned the events could take a darker turn if left unchecked.

In the same breath, Mr. Satheesan said the police should also probe the specific concerns raised by social leaders.

Mr. Satheesan was more plain-spoken at a function organised by the Sunni Yuvajana Sangham at Tharoor. He said the Sangh Parivar was hell-bent on creating communal discord in Kerala.

The Communist Party of India (Marxist) [CPI(M)] was strangely silent on the subject. “The CPI(M) had a hidden agenda,” he said.

The party had redeployed its brand of grievance politics in a desperate attempt to gain lost political ground in Kerala.

Mr. Sudhakaran said the BJP’s newfound love for Christians was a farce. The party had jailed aged Jesuit priest and renowned social activist Stan Swamy on foisted charges of extremism. The Sangh Parivar had torched Christian missionary Graham Stains and family in Odisha in 1999.

He said the government should shun its “dangerous silence” and call an all-party meeting to discuss the issue.

Mr. Vijayan should also urgently convene a conference of social and spiritual leaders across the religious spectrum.

(Mr. Vijayan had debunked the narcotic jihad theory last week and reminded spiritual leaders of their civic obligation to preserve communal harmony. The CPI(M), CPI, and the Indian National League (INL) had echoed a similar view.)