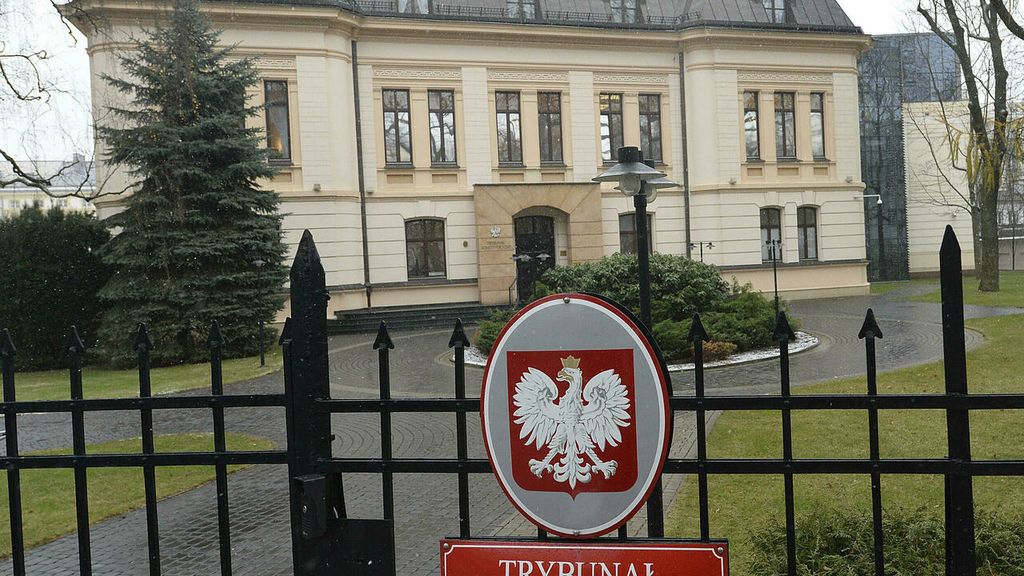 Poland's constitutional court has found the country's laws have supremacy over those of the European Union, in a decision likely to embolden Warsaw's right-wing government and worsen its already troubled relationship with the EU.

The Constitutional Tribunal found that some provisions of the treaties binding EU members and some rulings by the 27-nation bloc's highest court conflicted with Poland's Constitution.

EU treaties "prevent Poland from being a sovereign state," according to the ruling.

Two of the 14 judges who considered the case dissented from the majority opinion.

The tribunal began its review of law supremacy in July following a motion from Polish Prime Minister Mateusz Morawiecki, who asked for the review after the European Court of Justice ruled in March that Poland’s new regulations for appointing judges to the Supreme Court could violate EU law.

The ruling obliged Poland’s government to discontinue the regulations, which gave politicians influence over judicial appointments, and to observe the independence of justice.

'All EU rules are binding'

The Polish opinion drew a strong response from EU institutions and officials. The bloc's executive arm, the European Commission, issued a statement flatly contradicting the holding of the Polish court.

“EU law has primacy over national law, including constitutional provisions,” the statement said.

“All rulings by the European Court of Justice are binding on all member states’ authorities, including national courts ...The (EU) Commission will not hesitate to make use of its powers under the treaties to safeguard the uniform application and integrity of Union law.”

European Parliament member Terry Reintke, the shadow rapporteur on Poland for the legislature's Greens-European Free Alliance group, said the ruling “flies in the face of what the Polish government has signed up to as a member of the European Union”.

Rule of law and independent courts are the basis of democracy.

Primacy of EU law is the basis of the functioning of our Union.

We stand with all people in Poland who fight against this attack on both.

Polish citizens are EU citizens - and thus are protected by EU law.

“Fellow EU governments must no longer stand by and do nothing as the Polish government attempts to rewrite the rules of democracy to suit their own interests," Reintke said.

European Parliament member Jeroen Lenaers said the decision and other recent actions in Poland make it hard to believe the Polish government doesn't want to lead the country out of the EU.

"The Polish government has lost its credibility. This is an attack on the EU as a whole,” said Lenaers, the European People’s Party spokesman for justice and home affairs.

France expressed fears Friday that Poland's ruling challenging the supremacy of European Union laws could trigger the possibility of the country's exit from the 27-nation bloc.

France's Europe minister Clement Beaune insisted that the move is an attack against the EU.

"It's extremely serious, it's not a technical issue, or a judicial issue. It's an eminently political issue, which is part of a long list of provocations toward the European Union," Beaune told BFM television.

Beaune said Poland has an obligation to respect its commitment to the EU, which has been approved by the Polish people.

“When you sign a contract with someone and you say ‘my own rule, which I define when I want and how I want, is worth more than what I signed with you,’ then there is no more contract. No more participation. So it is very serious, because there is a risk of a de facto exit,” he said.

The tribunal majority – in response to a case brought by Prime Minister Mateusz Morawiecki – said Poland's EU membership since 2004 did not give the European court supreme legal authority and did not mean that Poland had shifted its law sovereignty to the EU.

Beaune said he does not wish a departure from Poland, a "Polexit", echoing a sentiment largely shared in Brussels and in Poland itself.

In Warsaw, a group of protesters with banners reading “We are Europeans” gathered before the constitutional court shortly after the verdict. Around 80 percent of people in Poland support the country’s EU membership.

Depending on how the Polish government decides to use the latest ruling, the commission has further financial options at its disposal to try and make Warsaw comply with the EU law, notably by continuing to hold up the country's access to billions of euros in European money to help revive its economy in the wake of the coronavirus pandemic.