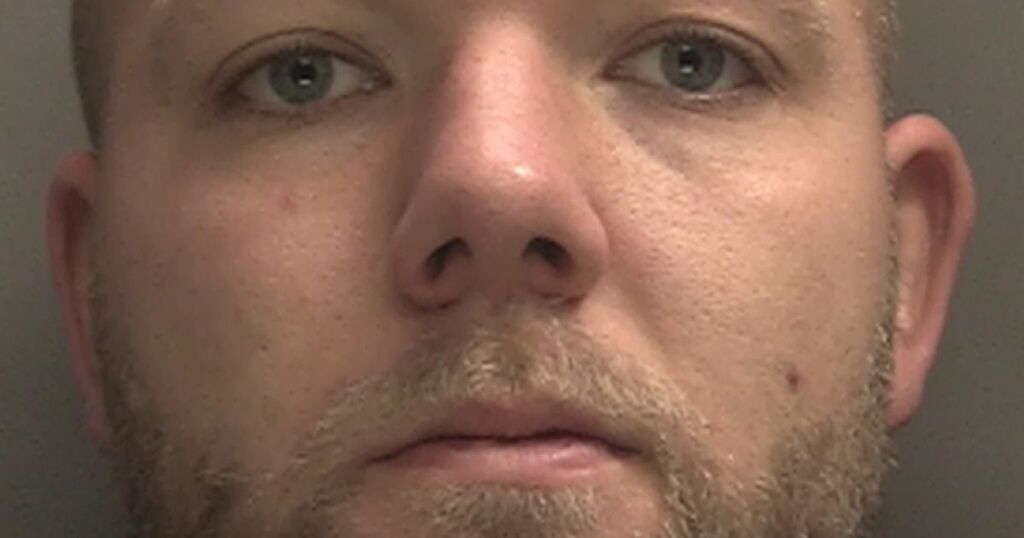 A policeman who punched a schoolboy in the head before kicking him has been jailed.

Declan Jones assaulted two members of the public on consecutive days during the first Covid lockdown, including an attack on a 15-year-old boy.

Jones committed both offences while on duty in Birmingham, starting with an assault on a man in Aston on April 20 last year.

The 30-year-old officer went on to kick and punch a schoolboy he wrongly accused of possessing drugs in the Newtown area of the city the following day.

Judge Shamim Qureshi told ex-Pc Jones, whose assaults were caught on CCTV: "What we have here in this case is not simply an isolated incident.

"It was a difficult situation for the whole country, the first lockdown that this country has ever seen.

"The streets were pretty well deserted... there were not many people around to witness what was going on.

"I would be failing in my public duty to suspend your sentence."

Judge Qureshi said the younger of the victims was only "15 at the time - a lifetime ahead and he is never going to trust a police officer again".

The older complainant had accepted in their victim impact statement there were "good and bad officers", the judge said, but added "it doesn't take much for something to affect the reputation of all good officers".

The judge, who ordered Jones to pay a total of £1,000 in compensation to the victims and £3,500 in prosecution costs, said the police body-worn video had shown Jones speaking to his 15-year-old victim in the back of a police car after the assault.

Judge Qureshi said: "He starts crying, he's a 15-year-old - you've just beaten him up twice and the way you talk to him, the sarcastic comments you made to him.

"That was your behaviour at the time. It shows how you looked down on him."

He added: "He was simply a child and nothing more."

During mitigation for Jones, the mother of the teenage victim left court after shouting: "He made my son come to court (to give evidence) as a child. Lock him up."

Jones was convicted of two counts of assault in August but was cleared of assaulting a third complainant who was punched in the face on April 23, when the officer was heard to say he did not believe in the virus.

The judge said the third incident had seen the officer use "proportionate" force as colleagues struggled to detain a man wearing a stab-proof vest in Handsworth.

CCTV footage of the attack on the 15-year-old was played to a previous court hearing by prosecutors, who alleged Jones was annoyed the youth had "broken free" and was running off.

Jones told the court it was his "honest belief" the teenager had made a downward movement with one of his hands, causing him to fear for his safety.

But Judge Qureshi ruled that totally unnecessary force had been used against the 15-year-old after he "stood in a surrender pose".

The judge previously described videos of the incidents, in which officers were shown not wearing masks, as "disastrous" for police-public relations and "embarrassing" to watch.

Chief Constable David Thompson, leading the panel, decided the assaults amounted to gross misconduct and Jones was dismissed without notice.

"It has brought discredit to West Midlands Police. The culpability is high and the aggravating factors do amount to gross misconduct.

"I find that his conduct breaches the disgraceful conduct standard.

"This conduct is criminal and has caused a serious impact on the public view of the force.

"I can see no sanction other than the officer should be dismissed without notice today."