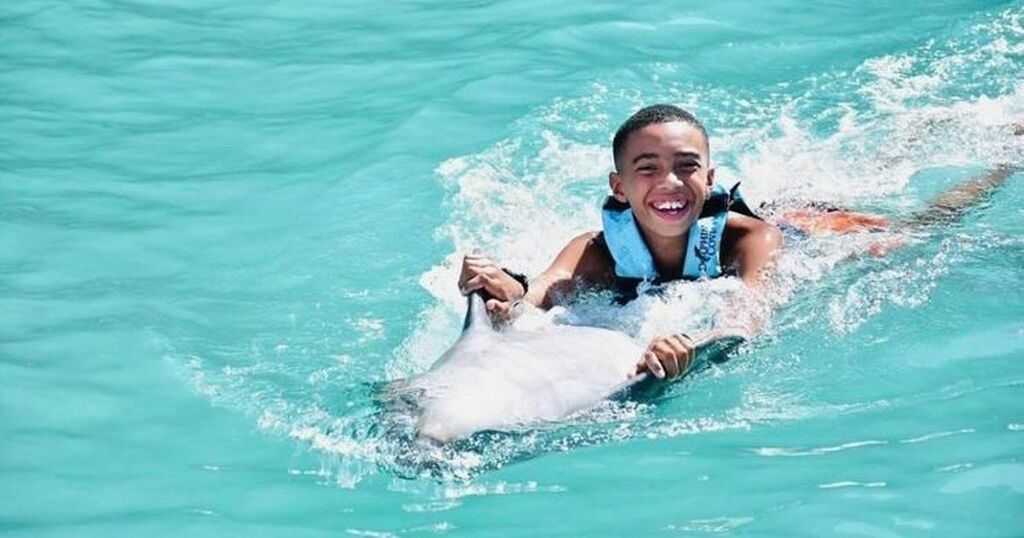 The Independent UK
One subscription that gives you access to news from hundreds of sites
Viral video shows woman shouting 'who else wants some?' amid reports of racist attack against boy

Officers say they know the footage is 'concerning'

Police to investigate woman who 'hit black boy, 12, with paddle' after public backlash

Police have reopened an investigation into a woman who allegedly struck a 12-year-old boy with a paddle, and are now classifying the attack as “ racially motivated”.

An incident in March this year led to an altercation between a group of youngsters and a woman at the Conham River Park.

Antwon Forrest suffered horrific injuries including a cut to his forehead in what was reportedly a racist attack, Bristol Live reported .

Along with his friends, Antwon was throwing mudballs at the water, but the woman only spoke to and allegedly hit Antwon, the “only black boy” in the group.

At the time, footage emerged on social media of a woman remonstrating with the youngsters as the 12-year-old walked around injured.

Police arrested and then de-arrested the woman at the scene and claimed it was because of a lack of evidence.

However, since then, Antwon’s family have led a campaign to raise awareness of what happened and last week Avon and Somerset police announced they would be conducting a review of the incident.

As well as reopening the case, they are now classing the alleged assault as racially motivated.

A spokesperson for Avon and Somerset Police said: "We’re re-appealing for witnesses as part of our ongoing review into an alleged assault on a 12-year-old child on a Bristol riverside.

“Officers were called to a report that a woman had struck a child near Conham River Park at about 3pm on Saturday 26 March.

"An initial investigation was carried out, which included statements being taken from the child and an adult family friend and a woman being arrested, and later de-arrested, before being interviewed at a police station.

“The initial outcome was that no further action would be taken, based on evidence gathered at the time.

"A review was immediately launched after senior officers became aware of the decision to close this case with no further action being taken, following public concern.

“Bristol commander Superintendent Mark Runacres, along with Chief Inspector Mike Buck and a community leader, met with the injured boy’s father yesterday to explain what actions had been taken so far and to give him further details about what the review will look like."

After the police dropped the investigation there was a public pushback and recently, Bristol’s mayor and his deputy both questioned the initial decision as one that would appear to be a “bad decision”.

"We have also been clear that if the review shows that if there was a failure, we/the police must understand whether this was an isolated incident, part of a pattern of behaviour of either an individual or a team, and whether it is evidence of as yet unresolved systemic failures.

"It is also important that any findings are not detached from their historical, political context. This will be critical to understanding the direction of travel our police service are on and the pace of change. These findings must be shared with us and the community”.

Ty Forrest, Antwon’s dad, previously told Bristol Live that the woman being let off felt like a “kick in the teeth” to the family before the decision was reversed.

He said: “I knew she wasn't going to jail or anything like that but I thought that it might have at least gone on her record or she'd be given a fine.

"If the police could have got some sort of resolution to it, it would have been better, but this is disappointing. I don't want my son to live the rest of his life believing that there are no consequences to things like this.

"We have been getting a lot of support from people since it happened back in March and Antwon's lived with it. We keep reassuring him but he's scared and upset and we're upset that nothing's been done."

Antwon's aunt, Antonia, shared photos on her Instagram profile of her nephew's injuries as well as a video of the woman confronting his friends after hitting him with the paddle.

Alongside the images, which showed the 12-year-old's face bloodied, she accused the woman of singling out her nephew because of the way he looked and the colour of his skin, and wrote: "On the 26th of March I was devastated to receive this picture of my nephew.

"He and his friends had been playing at a lake in Bristol when this lady accused and attacked my nephew with the paddle of her boat for throwing stones which he didn’t even throw!!

“However, because he was the ONLY black boy there and he’s very tall for a 12 year old she thought it would be okay to attack him!" she added.

Last week, after Antonia's social media post was widely shared and Bristol Live challenged Avon and Somerset police over the case, the police said they were reviewing what happened.

Police are re-appealing for further witnesses to come forward as they know a number of people were in that area of the riverside that afternoon. Police are keen to hear from anyone who witnessed the original incident, or who may have phone or other footage which could help. Call 101 and give the reference 5222071897.

The Independent UK
One subscription that gives you access to news from hundreds of sites
Viral video shows woman shouting 'who else wants some?' amid reports of racist attack against boy

Officers say they know the footage is 'concerning'