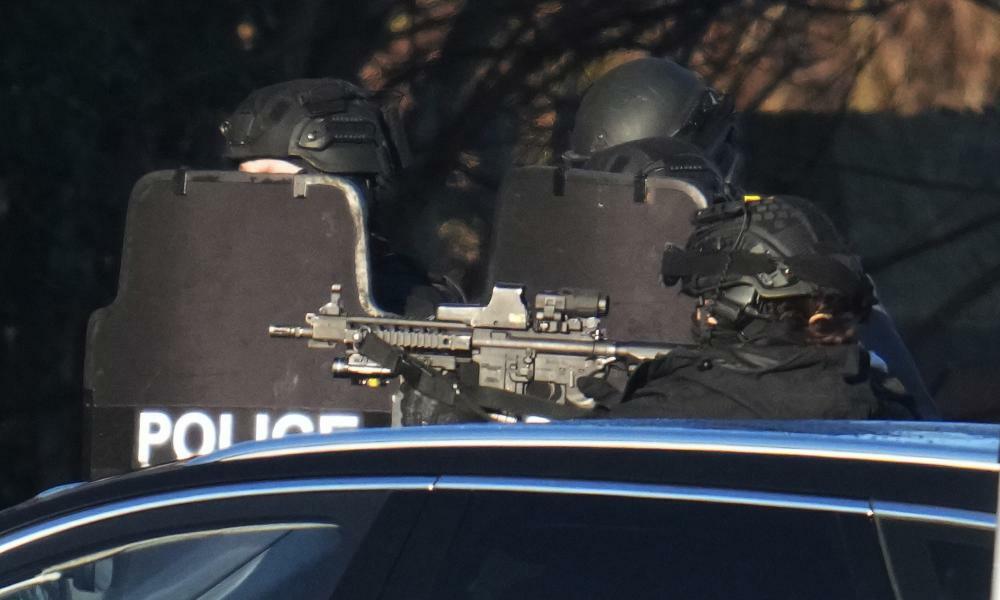 A police standoff with an armed man who has barricaded himself in his home with his eight-year-old son has entered its fourth day, forcing local businesses and a school to stay shut and locking down neighbouring households.

A 41-year-old man, who police say has weapons, is refusing to leave his ground floor flat in Earlsdon, Coventry, where he has been holed up with his son since the early hours of Sunday.

Armed police are stationed outside the property as negotiators try to convince the man to leave safely.

Speaking outside the police cordon on Wednesday afternoon, Supt Ronan Tyrer, of West Midlands police, said the force was sympathetic to frustrations among residents, but reassured them officers were “working incredibly hard to bring this sensitive policing operation to a safe conclusion”.

He said he was unable to comment on how long the standoff could continue, but said “we have negotiators who are speaking to the man inside the property. I don’t think it would be appropriate to comment on what those negotiations are.”

Dozens of households are within the police cordon and have been asked to stay at home as much as possible, although they are permitted to come and go with a police escort, and numerous bags of food have been delivered to them.

Earlsdon primary school, just a few doors down the street from the address where the standoff is taking place, has been closed since Monday, with pupils taking part in remote learning from home. A number of businesses have also had to close their doors, including a cafe and a butchers.

“I think now, on the fourth day, the frustrations are starting to set in,” said Kelly Maré, 41, owner of Make Me Up beauty salon around the corner from the closed-off streets. “How is it going to end? When is it going to end? Something at some point has got to give. But we just hope it ends peacefully.”

She said most people thought the presence of the child in the building was the main reason behind why the standoff had been going on for so long. “If the man was just there on his own, maybe it wouldn’t be so drawn out,” she said. “If he is doing it for attention he is definitely getting that. But it’s the wider community who are affected, it’s impacting on businesses and pupils and teachers.”

O’Toole’s cafe, which has been shut since Monday, said in a Facebook post that it was “such a stressful situation for all of the small business[es] involved but there is little, actually nothing, we can do but wait and pray for a good outcome”.

“I feel for the people stuck in their homes in the cordon. And I feel for the businesses, they’re losing money and they’re not going to get it back,” said 74-year-old Joyce Askew, who lives just outside the cordon. “I think everyone thought it would be sorted by now.”

“They’ve got to do what they’ve got to do. He’s obviously in distress and I just feel like you’ve got to be patient and just get on with,” said Rachel, who lives nearby and has a six-year-old daughter at the closed primary school.

“But I’m fortunate in that I’m not working so childcare is not too difficult for us. I can understand that for other people it’s frustrating. But what is anyone supposed to do?”