Police should not ignore any law-breaking at No 10, says senior ex-officer 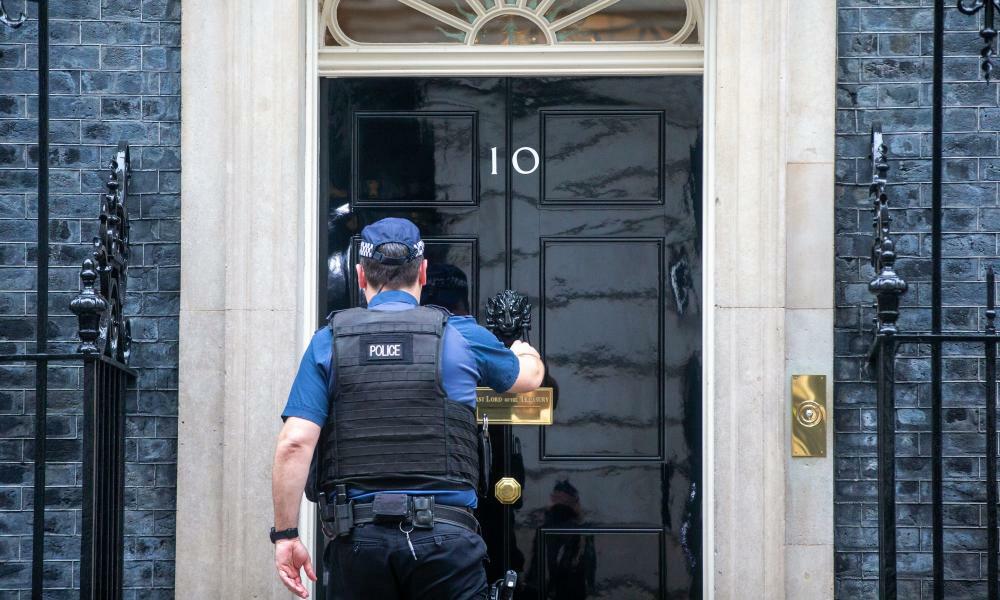 Police officers who saw laws broken while on guard duty at Downing Street would be expected to report it, a former Scotland Yard police chief has said.

The former assistant commissioner Robert Quick was head of specialist operations at the Metropolitan police from 2008 to 2009, including counter-terrorism and protection officers for Downing Street.

His comments come after a huge backlash erupted to an email from a top aide to the prime minister, Boris Johnson, which invited more than 100 people to a party in the Downing Street garden in May 2020, at the height of lockdown restrictions.

About 30 to 40 are believed to have attended and the Met is under pressure to investigate.

Quick said: “The garden at Downing Street would be monitored by police officers. You would have thought the police would be reasonably aware of what was going on there.”

Quick said those guarding sensitive sites, especially those guarding prominent people, had to show good judgment, but the law was paramount. He said: “When you are in a protective environment, then there is a huge amount of discretion required, but that does not extend to looking the other way if the law is broken.”

Asked if officers could be told by their bosses to prioritise their protective duties and ignore the law, Quick said: “You could not give that advice to a police officer.”

Quick said the Met was in a difficult position after the latest furore over Downing Street parties flouting lockdown rules that everyone else was expected to obey, and if not, be punished by fines levied by the police.

Quick said the “layers of emotion” the row attracts make it more difficult for the Met, and added: “When you get these public controversies you do not want to overreact, but public confidence has to be a big part of any decision.

“Your first touchstone is the law itself; public confidence is a big part of that equation and your decision-making.”

Quick added that the damage to public faith in institutions by the lockdown parties scandal, as well as damaging politicians, could menace policing’s reputation: “This is a seminal moment and people are looking at the system and wondering, does it work?

“If the public en masse decide the police have made the wrong decision, it could be very damaging to public confidence.”

Quick ran foul of senior Conservative politicians when he launched an inquiry into the leaking of sensitive documents that saw the office of the then Tory frontbencher Damian Green arrested in 2008. No charges followed.

That saga helped oust Quick from office in 2009, and his deputy was Cressida Dick.

Asked if the experience may have affected the appetite of Dick, now the Met commissioner, for investigating the politically powerful, Quick said: “She saw what happened to me.”