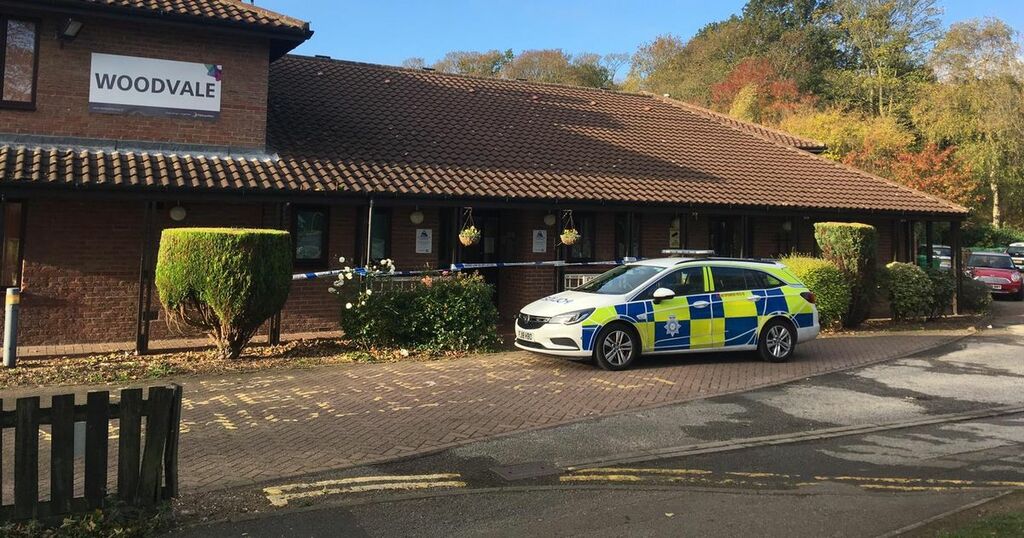 Two police sergeants had to tackle a gunman who was spotted in a burning building full of elderly residents.

The incident happened at Woodvale sheltered accommodation in Wollaton Vale on on Tuesday, October 24 2018.

Fire crews were trying to free 50 elderly adults, who were trapped in the burning block of flats, but had been forced to withdraw when a man brandishing a firearm began threatening them.

Sergeants Matthew Daley and Jody Leonardi of Nottinghamshire Police were the first officers on the scene and, seeing the gunman trying to leave the building, ran towards him.

The suspect raised the gun and hit Police Sergeant [PS] Daley over the head, but PS Leonardi struck him with his baton before both officers wrestled him to the ground.

David Franks, 54, of no fixed abode, was sentenced at Nottingham Crown Court on October 2, 2019, for destroying and damaging property recklessly as to endanger life and two counts of possession of a firearm (BB gun) with intent to cause fear of violence. He was given a section 37 hospital order.

Sergeant Daley said: “Being a police sergeant on duty at the time of my actions, I just thought I was protecting my officers and the public like anyone would have done.

"The suspect had pulled the gun from his waistband before pointing it at police officers and fellow emergency workers. It was largely just a flinch reaction, that fight or flight scenario. We just did what we did because we wanted everyone to go home safe.

“It’s not until afterwards, when you have time to reflect on your actions, that you realise you have potentially placed yourself in great danger."

Sgt Leonardi added: “I saw a dangerous situation that needed to be resolved quickly, so my previous army and police training just kicked in.

"At the time we didn't have time to think. That situation needed dealing with. Me and Matt just acted and between us we managed to get the suspect to the floor.

“Only afterwards when I thought about it, did I think the end result could have been very different.

"I’m glad I was able to keep the public safe. Everything else that has happened since has been a bonus."

The sergeants’ heroic actions were recognised after they were shortlisted in the Police Federation of England and Wales Annual Police Bravery Awards.

The pair spent time in Downing Street on Tuesday, October 12, where they were all congratulated by Home Secretary Priti Patel prior to the awards ceremony held in London.

Nottinghamshire Police Chief Constable Craig Guildford said: “Our officers showed incredible bravery, risking their own safety to protect others, when they tackled and disarmed the man, who posed a threat toward not only themselves, but also to other officers, emergency services personnel and the vulnerable occupants of a burning building.

“They were eventually able to overcome and successfully detain him, recovering the gun in the process.

“They are immensely deserving of this recognition and I’d like to commend them for their exemplary work in highly challenging circumstances.”