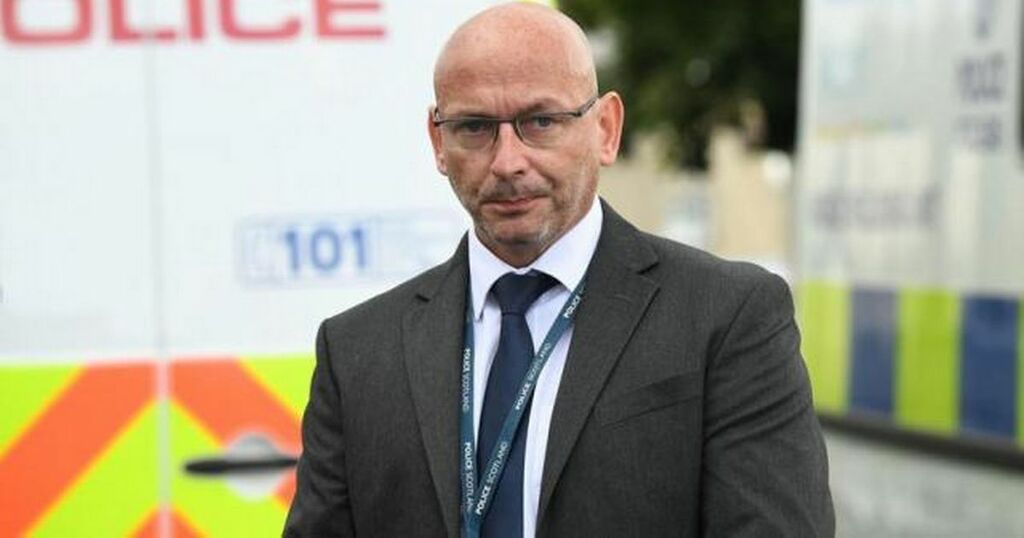 Police Scotland is embroiled in a secrecy row over a disciplinary case involving allegedly sexist remarks by a murder cop.

Detective Chief Inspector Kevin Jamieson was probed over claims he referred to a “yeast infection” in a speech about a female colleague but the force is refusing to comment on the outcome.

Jamieson, who has worked on several high profile criminal investigations, ran into difficulties after making a speech at a leaving do.

A complaint was lodged after he allegedly made inappropriate comments about a woman’s clothes and a yeast infection.

One source compared the content to the sexist comments heard on police drama Life On Mars, in which actor Philip Glenister plays an 80s cop with outdated views.

Jamieson was placed on restricted duties as a result of the complaint.

The Professional Standards Department probe has come to an end, but the force is tight-lipped on the conclusion.

Chief Superintendent Andy McDowall, Head of Police Scotland’s PSD, said: “We received a complaint which was progressed by the Professional Standards Conduct Department. That process is now concluded and we will not comment further on this specific matter.

“More generally, sexism and discrimination of any kind is entirely unacceptable. Because of their position, our officers are held to higher standards than ordinary members of the public and this is consistently made clear from the first day of training.

“The vast majority of our officers conduct themselves in line with our values of fairness, integrity and respect.

“Where inappropriate conduct is brought to our attention it will be considered by Professional Standards.”

The force’s silence comes as police forces across the UK face scrutiny over sexism and misogyny.

An employment tribunal recently found the culture in an armed policing unit within Police Scotland had been “horrific” and an “absolute boys’ club”.

The tribunal accepted evidence of a “sexist culture” in the armed response vehicles unit (ARV) in the east of Scotland.

It also emerged that hundreds of cases of sexual misconduct were made against Police Scotland officers over the last four years – yet not one resulted in dismissal.

Last night MSPs demanded to know the outcome of the police disciplinary process on Jamieson.

Scottish Labour MSP Pauline McNeill said: “Transparency is essential so we are clear that action has been taken to ensure this type of behaviour is not repeated.

“If women are to feel equal and that they are not working in an environment where they are on the receiving end of blatant sexism then this type of conduct must be addressed.

“Right now the police should be going above and beyond to send a clear message that sexism and harassment won’t be tolerated in their ranks.

“They are not doing themselves any favours with this wall of silence.

“We need real openness and accountability throughout the Police complaints system so we can have confidence that appropriate standards are being upheld. Everyday sexism is still endemic in our wider society and we must tirelessly root it out wherever it exists – in both our public and private organisations.”

Scottish Tory MSP Russell Findlay said: “The public should be allowed to know the outcome of cases such as this one which involved allegations of crass, sexist comments by a senior male officer.

“This would go some way to help restore public trust but it remains to be seen whether the SNP Government will take the necessary action.”

Scottish Greens MSP Maggie Chapman called for a "positive culture" to be fostered inside the force.