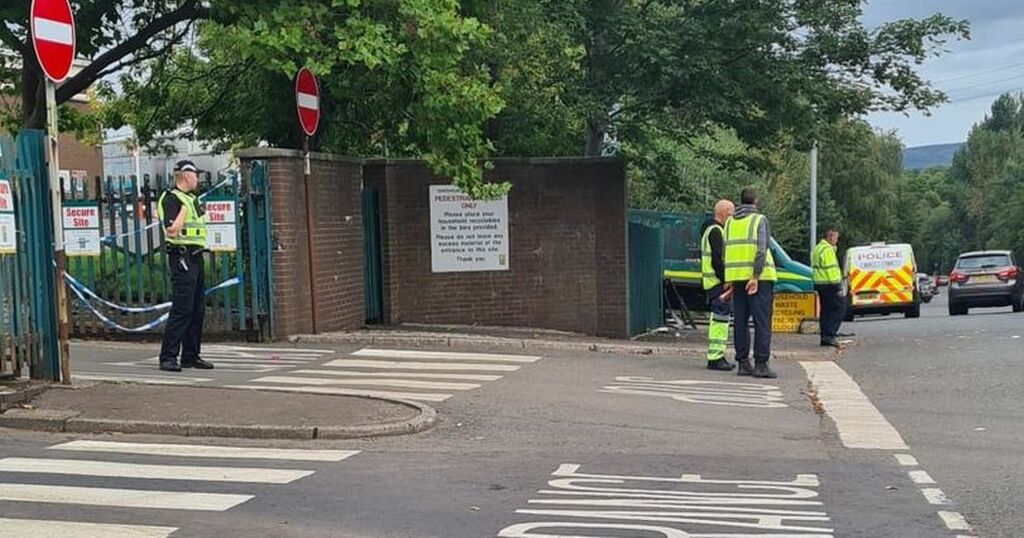 Police probing a gangland murder bid at a Glasgow dump are hunting "two men in high vis vests" who carried out the attack.

Crime clan figure Robert Daniel, 41, was attacked at Dawsholm Recycling Centre in Maryhill on Saturday afternoon in what police believe was a 'targeted' incident.

He was rushed to hospital for treatment from the scene on Dalsholm Road after being attacked with a machete.

He is believe to be in a stable condition after suffering what has been described as "significant injuries".

Police say their enquiries so far have established that two people got out of a car and attacked Mr Daniel. A further person, the driver, remained in the vehicle.

The two attackers were wearing dark clothing, dark baseball caps and both had high-vis yellow vests.

Officers believe this was a targeted attack and say there is no threat to the wider public.

Police are continuing to review CCTV images and gathering information about the suspects and a black Ford Kuga car which was seen in the area at the time of the incident.

The car was later found burnt out on a cycle path near Kelso Street and Dumbarton Road.

It has been seized by police and is undergoing a "meticulous examination to maximise all forensic opportunities".

Cops have launched a 'public portal' in a desperate bid for information.

The Major Incident Public Portal (MIPP) is a website that gives people access to a form allowing them to send information directly to the major incident team based at Baird Street Police Station.

Detective Chief Inspector Alan McAlpine said: "We continue to speak to family, friends and known associates of the victim for any information which could help us identify the attackers.

"We have received very little information from the public regarding this incident and I hope the introduction of the public portal will encourage people to provide information.

"The victim remains in hospital and although he is in a stable condition, he has suffered significant injuries and it’s imperative we trace whoever is responsible for the attack."

Anyone with information is asked to call Police Scotland, quoting incident number 2595 of Saturday, September 11.

Alternatively, you can call Crimestoppers on 0800 555 111 where you can give your information anonymously.