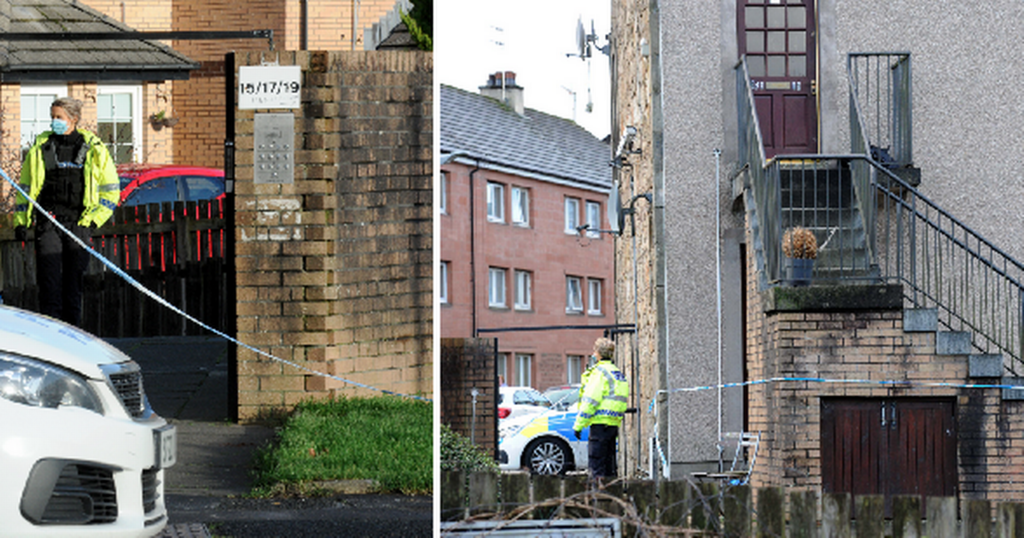 An investigation has been launched after a man and woman were found dead in a Paisley flat.

Police were called to a property in Espedair Street on Monday night where they made the grim discovery.

Emergency services swarmed the street in the town’s Charleston area around 7pm, where the bodies of the 38-year-old woman and a 37-year-old man were found.

The deaths are currently being treated as unexplained, and a probe has been launched by Paisley detectives into the circumstances surrounding the tragic find.

Police could not confirm any potential lines of investigation yesterday when contacted by the Express.

The news that two people had lost their lives so soon into the new year has been labelled as a tragedy by Paisley East and Central councillor Carolann Davidson.

The Labour councillor said: “I am extremely saddened to hear of the deaths of these two young people in the Paisley community.

“It’s such a terrible way for the year to start and such a tragic loss of life.

“My thoughts and prayers go out to their families, friends and neighbours.”

The property remained taped off and police remained stationed in the busy street yesterday afternoon as the investigation continued.

A police car was parked on the street outside a flat and an officer could be seen standing guard outside the property the bodies were discovered.

A Police Scotland spokeswoman confirmed enquiries were ongoing into the deaths.

The spokeswoman added: “Officers were called to a property on Espedair Street in Paisley at 6.55pm on January 10 following the deaths of a 38-year-old woman and a 37-year-old man.

“The deaths are currently being treated as unexplained and enquiries are ongoing.

“A report will be submitted to the procurator fiscal in due course.”