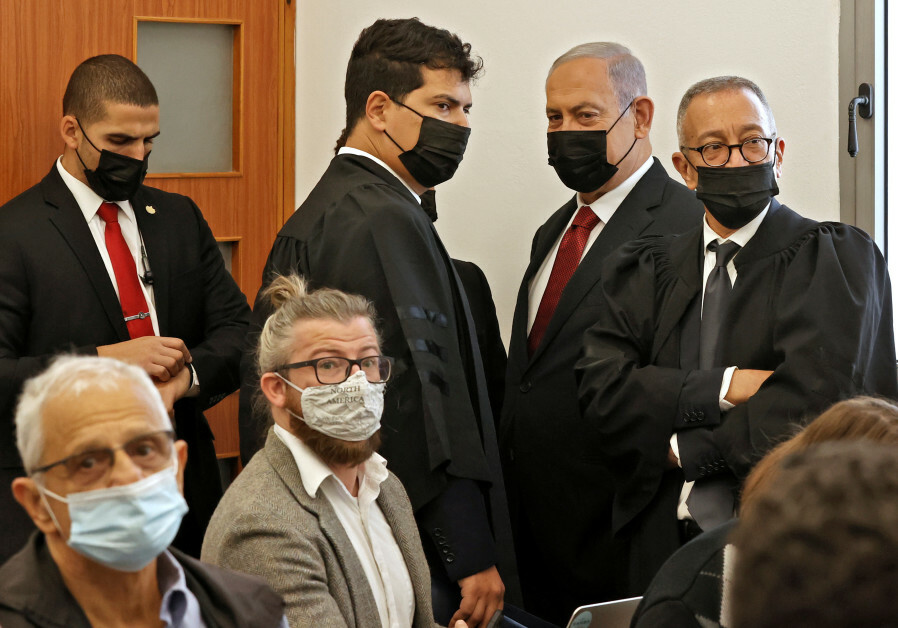 A key police interrogator in the public corruption trial of former prime minister Benjamin Netanyahu on Tuesday rejected any conspiracy theories suggested by the defense about a cover-up by the Police Investigations Department regarding undue pressure on a top former aide of Netanyahu in order to flip him into being a state’s witness.

Testifying for the second consecutive day before the Jerusalem District Court, police interrogator Nir Schwartz denied there had been a PID probe into his team’s handling of state’s witness Nir Hefetz or any attempt to cover up such a probe.

Netanyahu’s defense team has tried to undermine Hefetz’s testimony, after the former aide provided powerful ammunition for the prosecution to prove media bribery against Netanyahu in the Case 4000 Bezeq-Walla affair, but also castigated the police for allegedly abusing him during his interrogation.

On Monday, Netanyahu’s defense team tried to claim that Hefetz was coerced into turning on Netanyahu, and that his accusations should be disregarded as not credible.

By Tuesday, however, lawyer Boaz Ben Zur was delving into internal PID disputes to try to raise a cloud of doubt about the interrogation of Hefetz at an even deeper level.

The prosecution has said that even if there are issues with aspects of Hefetz’s testimony, there is tremendous supporting evidence, and that he is an irreplaceable witness for tying together all the different aspects of the case.

In mid-September 2020, the prosecution had denied it had any documents pertaining to conflict within the PID about how Hefetz had been treated during his interrogation.

Subsequently, after Channel 12’s Amit Segal revealed one such document, the prosecution did a 180-degree turn and said that good faith miscommunications within the PID had led to the document going astray.

Next, Segal claimed that either the PID or the prosecution or some combination of the two covered up the complaint and failed to disclose the complaint to defense lawyers, until Segal broke the story in mid-September 2020.

Shertzer and then-deputy PID head Moshe Saada, who has created problems for the PID and the prosecution in some high-profile cases, are known to be on poor terms with PID chief Karen Ben-Menachem.

Subsequently, a combined review of Justice Ministry oversight “czar” David Rozen and Deputy State Attorney Nurit Litman (who had no involvement in any of the Netanyahu case issues) found that Shertzer’s version of events strained credulity, while Ben-Menachem’s narrative did not have holes in it.

Sources have indicated that the document itself presented by Segal had credibility issues. They also suggest that Shertzer himself later said he never mentioned Hefetz specifically, but, rather, just general concerns about the Netanyahu case interrogations, and that Shertzer himself did not remember who approached him with allegedly problematic information.

Another issue on which Ben Zur cross-examined Schwartz was the validity of the search warrant that served as the basis to bring a third party who was not Hefetz’s wife to the police station.

Schwartz and Ben Zur traded claims and counterclaims about what was implied by the document the police submitted to the court to get the search warrant, and whether the police had been honest with the court.

In addition, Schwartz denied that statements made by Yaniv Peleg to Hefetz were illegal threats for the police to go after his family – all in order to flip Hefetz against Netanyahu.

Rather, Schwartz said that Peleg was merely saying to Hefetz that if he continued to refuse to be truthful, Hefetz would likely be prosecuted, which, in and of itself, would cause harm to his family.