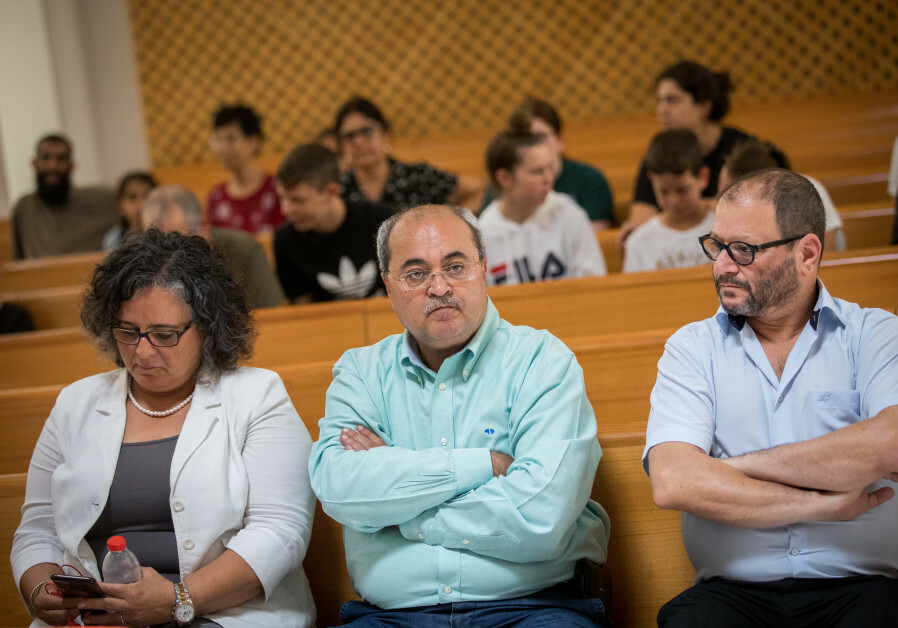 While some Israeli Arabs join the Palestinian battle to end Israel on Nakba Day, others prefer to peacefully integrate into…

Israel Police is expected to launch a criminal investigation into violent incidents from the past few days in which two MKs were documented in violent exchanges with police officers.

The Investigations and Intelligence Division contacted the police districts where the incidents took place so that they would transfer all materials, evidence and documentation from the incidents in order to formulate an initial assessment which will be presented to the attorney-general and to the legal adviser to the government.

The photographs and videos were viewed by police command, where they do not plan on accepting a reality in which publicly elected officials physically harm Israeli police officers who are sent out on important and complex missions in the name of the State of Israel.

On Friday, MK Ofer Cassif was filmed confronting a police officer that blocked his way to a protest in southern Mount Hebron.

"Today, we came to support the residents of Masafer Yatta who are facing the demolition of their homes and their expulsion from their land in light of the High Court ruling that denies international law," said Cassif following the incident. "The police officers repeatedly violated my immunity during the silent procession and prevented me from moving freely. One of the policemen threatened me when he told his friends, 'If [Cassif] continues, not only will I arrest him, I'll shoot him.'"

He continued, "That same officer refused to tell me his name and blamed me for threatening to run him over. The police once again lie to cover up its own violence, failures and crimes."

''MK Ofer Cassif crossed every line and behaved in a disgraceful manner when he hit a police officer in the head.''

"It is intolerable that MKs repeatedly exploit their immunity to make political capital on the backs of Israeli police officers and use physical violence against them. If they have an argument, they can turn it over to me rather than dealing with officers that are performing their duties with dedication in complex conditions."

He added that he intends to discuss the matter with Knesset Speaker Mickey Levy (Yesh Atid) and Attorney-General Gali Baharav-Miara. "I will not allow Knesset members, or anyone else, to attack police officers."

The physical and verbal attacks by Cassif on Israel and its symbols "have gone on for many years and so an indictment must be filed against him: his immunity must be removed and he must be prosecuted," said Finance Minister Avigdor Liberman.

This incident follows a similar one in which MK Ahmad Tibi (Ta'al) was documented helping a suspect escape from police during an arrest in Jerusalem shortly after the young man had been detained on suspicion of throwing a suspicious object.

Police Commissioner Kobi Shabtai is therefore expected to request the opening of a criminal investigation into the actions of the two MKs.

While some Israeli Arabs join the Palestinian battle to end Israel on Nakba Day, others prefer to peacefully integrate into…