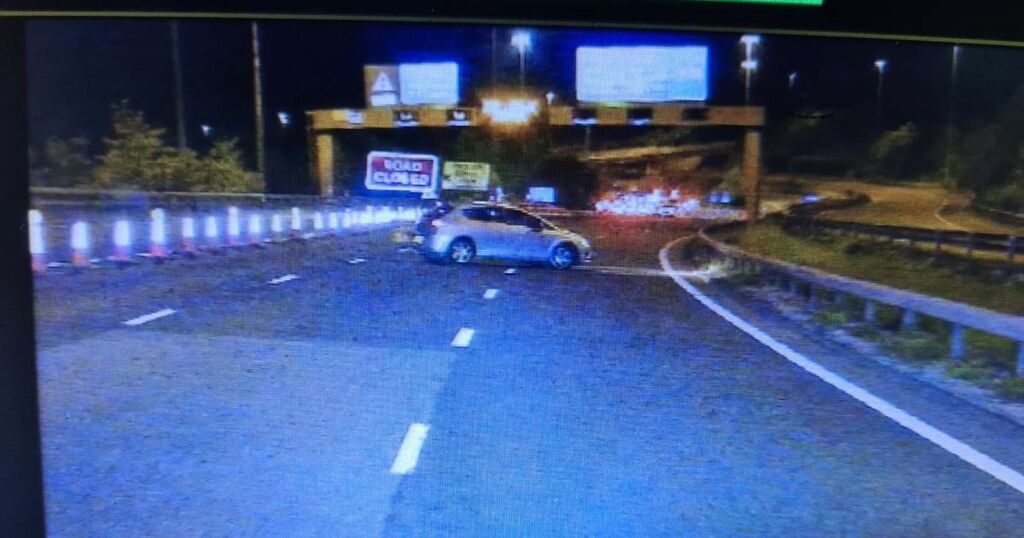 Greater Manchester Police have arrested a motorist caught driving erratically on the M60 near Stockport at 10.42pm on Saturday.

Officers spotted the motorist driving dangerously on the M60 and at one point came to a standstill on lane 3 of the clockwise carriageway.

Officers were not impressed when he told them "he was confused by the signage" and have issued him with a traffic offence.

READ MORE: “It’s going to take a lot more than that to tackle dangerous overcrowding.” Hospital staff say even a ‘firebreak lockdown’ won't get NHS out of trouble this winter

Police tweeted: "One from last night, the driver of this vehicle said he was confused by the signage and ended up in the coned off area on the #M60 at #Stockport. Dealt with by #ZME48 for Driving w/o Due Care and Attention."