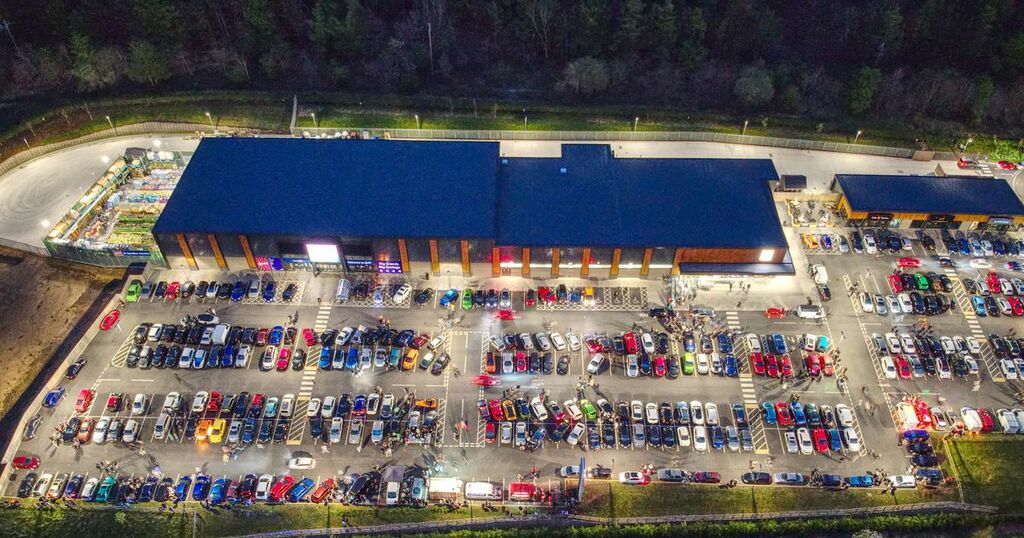 A motorist was branded a "complete idiot" after a photo of their parking in Scarborough, North Yorkshire, was shared on…

A car load of brazen hoons has been filmed taunting police officers with burnouts and donuts on a busy Bendigo street on Saturday morning.

Victoria Police were attending a separate unrelated incident on McCrae Street about 1:20am when a gold-coloured Ford Falcon exited a side street and commenced performing what authorities described as "hoon behaviour."

In the video, a passenger of the Ford Falcon appears to be flying a Mexican flag out of the window, a possible reference to a popular social media account dedicated to dangerous driving known as Mexican Hoon Cartel.

Acting Superintendent Troy Hargadon said the rogue occupants of the vehicle had put not only their own lives, but also those of police members and the broader community at risk.

"We saw some minor damage caused to the police vehicle, that could easily have been a member of the public," Acting Superintendent Hargadon said.

He confirmed that the Ford Falcon had collided with the stationary police vehicle.

Acting Superintendent Hargadon said police did not pursue the dangerous drivers due to the risk posed with large crowds of bystanders nearby.

"We've seen the people of the behaviours and the actions of these people at the time, to pursue them would no doubt be irresponsible and create further risk to the broader community," he said.

Police identified three males in their mid to late 20s from the video and expect search warrants to be executed today to locate the three people of interest.

Authorities did not rule out that the event may have been planned, and said police may have had contact with the occupants of the car on previous occasions.

Anyone with information on the vehicle or the occupants has been urged to contact Crime Stoppers 1800 333 000 or online.

A motorist was branded a "complete idiot" after a photo of their parking in Scarborough, North Yorkshire, was shared on…