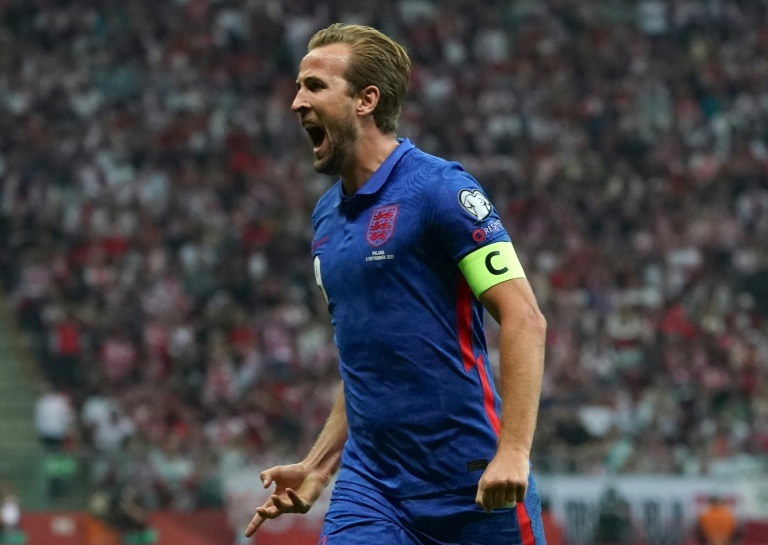 Warsaw (AFP) - England's 100 percent record in World Cup qualifying was ended in dramatic fashion by Damian Szymanski's stoppage-time equaliser in a 1-1 draw with Poland in Warsaw on Wednesday.

A game short on goalmouth action looked to be meandering towards a stalemate until Harry Kane's long-range strike 18 minutes from time deceived Wojciech Szczesny.

But Szymanski rescued a point that could be vital to the Poles' chances of sealing second place in Group I of European qualifying by crashing home a header from Robert Lewandowski's cross.

England are now four points clear of second-placed Albania and five ahead of Poland.

But with clashes against Andorra and San Marino still to come in their remaining four games, qualification for Qatar should remain little more than a formality for Gareth Southgate's men.

The Euro 2020 finalists bounced back impressively from the disappointment of losing their first major tournament final for 55 years to Italy with comprehensive 4-0 thrashings of Hungary and Andorra earlier in the week.

But the visitors were made to work far harder against a side expected to be their closest challengers in the group.

Kane was uncharacteristically wasteful with England's one big chance in the first half as his tame header from Raheem Sterling's cross was easily blocked.

Poland were without their own talisman Lewandowski when losing 2-1 at Wembley when the sides last met in March.

Jordan Pickford had to be quick off his line to deny the Bayern Munich striker as half-time approached and then comfortably smothered a long-range effort from Lewandowski after the break.

That was what Szczesny failed to do moments later as Kane took aim from 30 yards and scored his 41st international goal as the swerve beat the Juventus 'keeper.

An even more calamitous goalkeeping mistake nearly cost England 10 minutes from as Pickford's clearance was charged down by Karol Swiderski, but the Everton stopper was grateful to a kind bounce which allowed him to collect the ball before it crossed the line.

Pickford was helpless in the 92nd minute, though, as Jakub Moder turned Kyle Walker to open up the England defence and the ball eventually broke for Lewandowski to pick out Szymanski at the far post for a bullet header.