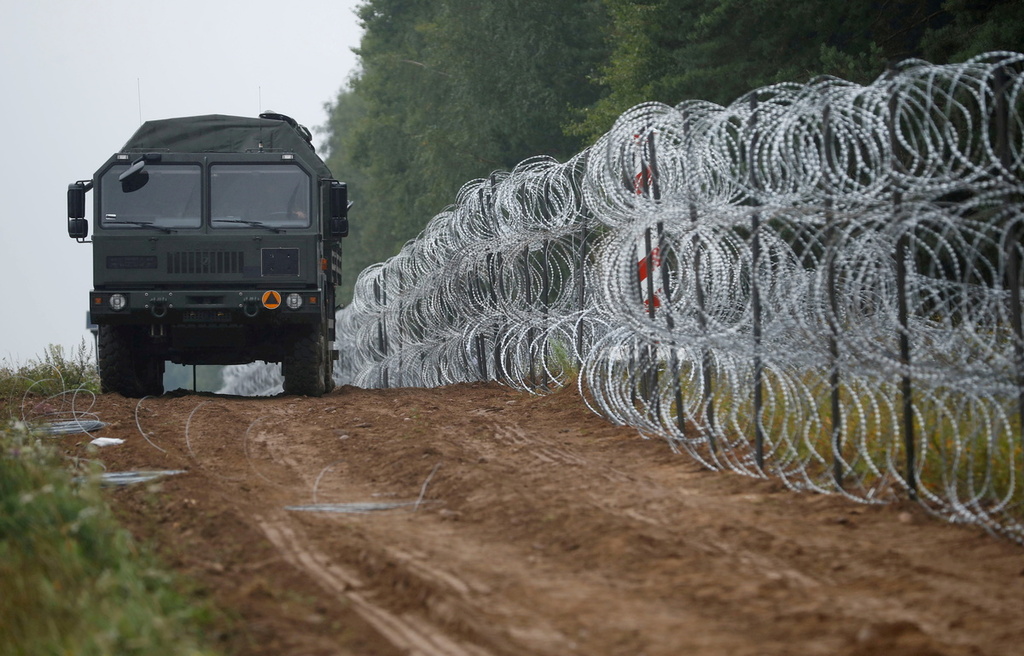 Poland summoned the Belarusian charge d'affaires on Friday, a foreign ministry spokesman said, after border guards accused the Belarusian side of shooting at Polish soldiers patrolling the frontier.

Poland has imposed a state of emergency on the Belarusian border amid a surge in migrants from countries such as Afghanistan and Iraq trying to cross, in what Brussels and Warsaw say is a form of hybrid warfare designed to put pressure on the bloc over sanctions it imposed on Minsk.

"A Belarusian patrol fired shots at Polish Army soldiers who are patrolling the border with us," the state-run PAP news agency quoted Border Guard spokeswoman Anna Michalska as saying.

"It was probably using blank ammunition. Nothing happened to anyone."

Foreign ministry spokesman Lukasz Jasina said the charge d'affaires Alaksandr Czasnouski had been summoned to discuss "provocations" from the Belarusian side on the border, including the reported shots.

As he left the ministry Czasnouski denied there had been any shooting at the border.

In August, Poland began building a barbed wire fence along its border with Belarus to curb illegal border crossings despite criticism that some migrants were being treated inhumanely.

Poland plans to strengthen its border with a system of motion sensors and cameras, modelling it on the Greek border with Turkey, its interior minister has said.