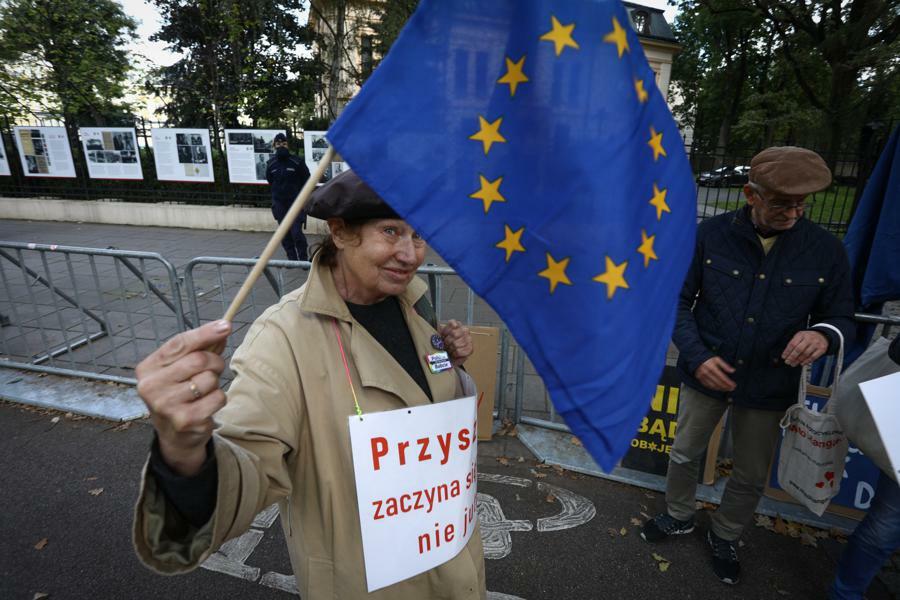 Poland’s Constitutional Tribunal ruled on Thursday that some EU laws are incompatible with the country’s constitution amid a longstanding and increasingly acrimonious dispute between Warsaw and Brussels.

The ruling will have far-reaching consequences for Poland’s continued membership in the bloc and could pave the way for a “legal Polexit.”

The Constitutional Tribunal’s legitimacy has been contested due to multiple appointments of judges by the ruling conservative-nationalist Law and Justice (PiS) party in violation of the Polish constitution.

Even though the hearing started in July, it was adjourned four times before Thursday’s sitting. The case was opened following a request from Polish Prime Minister Mateusz Morawiecki to review a decision by the Court of Justice of the European Union (CJEU) which gave the bloc legal primacy over Polish laws. He argued that the EU had no right to interfere in the judicial matters of member states and by doing so it exceeded its competences under the European Treaties.

CJEU’s decision came amid a series of disputes between Poland and the EU ranging from media freedom to women’s and LGBT+ rights. The European Union has also repeatedly criticized the judicial reforms implemented in Poland by PiS.

Last month, the European Parliament called on Morawiecki to drop the case, emphasizing the “fundamental nature of primacy of EU law as a cornerstone principle of EU law.”

Following today’s ruling, Jeroen Lenaers, spokesperson for the European People’s Party grouping on the Justice and Home Affairs Committee, said in a statement, that with his request, “Morawiecki has not only legitimised an illegal system of the judiciary in Poland, but he has also questioned the very basis of the European Union.”

The Constitutional Tribunal’s decision has been criticized by experts who warned that it might be used by Poland’s ruling party to disobey any future rulings by the CJEU, continue violating the rule of law and, ultimately, lead to Poland’s exit from the bloc.

Maciej Taborowski, the Deputy Commissioner for Human Rights, said that “the dispute does not concern the constitution but the judicial reforms that are incompatible with EU law.”

The tribunal’s ruling will come into effect once published by the government.