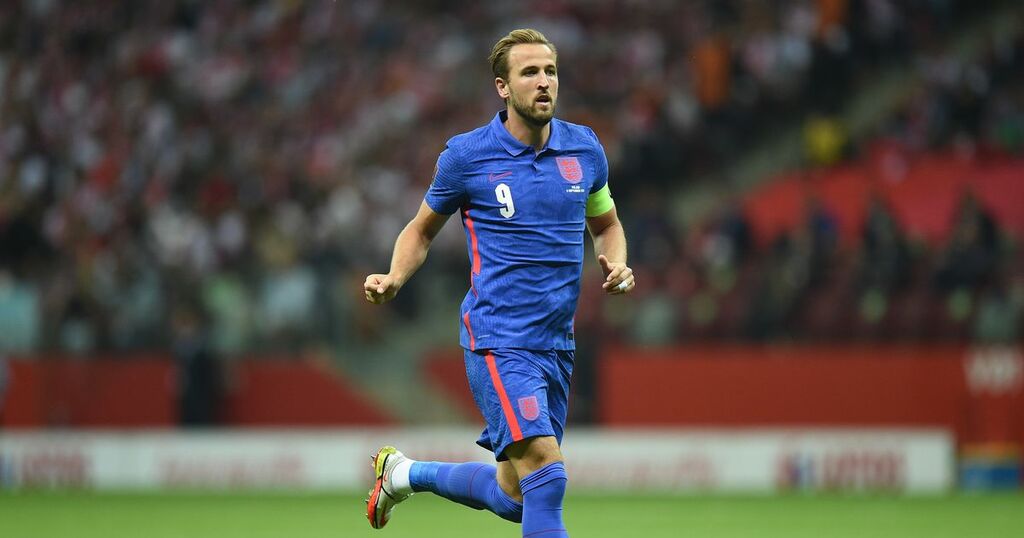 England keep their four point cushion at the top of their World Cup qualifying group after being held to a 1-1 draw in their sternest test of the entire qualification campaign against Poland during a tricky away tie at the National Stadium Warsaw.

Three Lions boss Gareth Southgate made eleven changes for Sunday’s fixture against Andorra, the first time in 39 years an England side had been altered entirely from one game to the next – yet it happened again this evening.

It was a battle of the number nine’s as two of the planets most lethal marksmen faced off in the form of Poland’s Robert Lewandowski and England’s Harry Kane.

The latter would go on to bag another goal, his long range effort dipping and swerving beyond the despairing Wojciech Szczęsny as the Spurs star got one over on the former Arsenal shot-stopper.

Damian Szymański bagged a last gasp equaliser to snatch the three points right at the death with a close-range header.

Harry Kane among the goals again

After a summer of speculation touting him with a move to Manchester City at club level, Kane eventually remained at Tottenham Hotspur and has failed to ignite his campaign in north London.

However, there has been a drastic improvement at international level, the 28-year-old notching three in three, Poland failing to nullify England’s most prominent threat.

In what was billed as ‘the tale of two strikers’, his Polish counterpart in Lewandowski probably enjoyed the better overall display - but Kane proved to be the difference maker with his 41st goal for England.

The Spurs man did not have it all his own way - Kane found himself so starved of service he was taking up positions where he served no use, found making fouls in England’s right-back spot numerous times during the first-half.

Few international fixtures in recent years have been quite so brutal as this one, the hosts in particular not shy of leaving a foot in throughout the game.

Tension was building from the opening exchanges after Jack Grealish was on the receiving end of some particularly eye-watering challenges – something that would go on to become a running theme throughout the contest.

It was clear Grealish was a target for Poland, as they looked to stop the £100m man by fouling him before he could weave his way into threatening areas.

Tempers eventually flared after the whistle went to signal the end of the first half, after Kamil Glick appeared to pinch the throat of England right-back Kyle Walker.

While Walker seemingly remained calm in the wake of such provocation, the same cannot be said for the rest of his teammates – especially Harry Maguire, who was cautioned as a result of his over-zealous reaction.

The centre-backs up against Lewandowski

Given England’s first choice central defensive pairing of Harry Maguire and John Stones ply their trades at club level for Manchester United and City respectively, they are used to playing against the best both in training and Premier League matches.

With that being said, few strikers in world football are as threatening as Poland skipper Lewandowski – the striker had failed to find the net in just two of his last 24 games for club and country going into the tie.

Having broken the Bundesliga single-season goal record with Bayern Munich last term after notching an astonishing 41, Lewandowski cannot be accused of letting his level of performance wane for Poland.

The 33-year-old has notched 72 goals in 124 games, a remarkable record over the course of a 13-year international career.

However, Maguire and Stones doubled up in perfect tandem to keep Lewandowski quiet, alive to all forms of danger the former Borussia Dortmund man possesses – whether that be runs in behind or offering himself up as a target man.

Not phased and unintimidated, Stones even shouted in the striker’s face after he fell to the ground after the faintest of touches during the first half.

Should Bellingham be a regular in the England side? Have your say here.

It is a testament to the staggering level of ability Jude Bellingham possesses at the tender age of 18 that his absence in tonight’s contest was notable.

The Birmingham born star has put any doubts over whether or not he can cut it at the highest level to bed, with sufficient experience for both club in Borussia Dortmund and country.

Poland aimed to excel where previous opponents Hungary had faltered – in their pressing game, not allowing any of the Three Lions stars a minute's rest, but particularly the midfield duo of Kalvin Phillips and Declan Rice.

The former received a yellow card just seven minutes into the tie as he tried to get to grips with the pace of the game, as England lacked a deft touch to evade the host’s press and play through them.

Granted, any mention of last Sunday’s performance against Andorra comes with the caveat that they posed a weaker test, but Bellingham’s age-defying elegance on the ball was missing in tonight’s contest, England opting to use the channels a lot more.

While England struggled to break Poland down themselves, it was business as usual at the back for a Three Lions side who regularly prove defensive grit is as vital as attacking prowess.

England’s entire Euro 2020 campaign was founded on the bedrock of their defensive capabilities, breaking major tournament clean sheet records as they reached the final without conceding a goal from open play.

Southgate’s men had conceded three goals in their last 15 fixtures coming into the tie but failed to break yet another record with their heroic defending in Poland – the most clean sheets an England side has recorded in a single calendar year is 11 in 1966, this current crop of stars could only level that.

For all of the defensive resilience, their places in the history books were undone via a late header from Poland's Damian Szymański, who kept his nation's qualifying hopes alive.