About 10,000 police, army and corrections services personnel have been mobilised for the vote in the Pacific island nation, which has a history of corruption and election-related killings.

"We want transparency, we want accountability and above all we want a safe, fair and secured polling period," Prime Minister James Marape said after casting his ballot on the first day of voting.

Marape later had to deny any connection to illegal financing after confirming his eldest son had been detained for being "in the vicinity" when police found a suitcase containing a large sum of cash.

"I just want to inform the country: Nothing to do with me," he told reporters.

"My son had no input in the transportation of the money," the prime minister said, adding that the funds -- 1.56 million PNG kina ($440,000) in cash, according to police -- belonged to a local construction firm.

Election rivalries can quickly spill over into bloodshed in Papua New Guinea, especially in the remote and mountainous highlands provinces.

This year, 15 election-related deaths have already been recorded, according to Papua New Guinea police.

Marape conceded in an end-of-campaign message that there was still "rampant corruption in all strata of public service".

The prime minister, who has promised to make Papua New Guinea the "richest black Christian nation", said there had been a lack of development despite the country's "God-given" resources.

"I admit there is much more to be done for our country," said Marape, who leads the Pangu party.

He faces a stiff challenge from his predecessor Peter O'Neill, who resigned as leader three years ago under pressure over endemic corruption and a perceived failure to spread mining wealth to the people.

O'Neill, of the People's National Congress party, has vowed to attract private investment and revive the resources industry.

The country boasts large deposits of gas, oil, gold and copper, and is an exporter of forestry and agricultural products.

"There are worrying signs around our nation that the election has been very poorly prepared for and interference seems rife," O'Neill charged.

"I hope the good officers of our security forces at all levels can ensure we have free, fair and safe elections."

Voting is scheduled to take up to 18 days and an outcome is not expected to be clear until August.

Analysts say the new leader will have to cobble together a coalition government in the male-dominated 118-seat parliament, which has had no women members since the last election in 2017.

"Elections are always messy and chaotic and they can get very violent," said Jessica Collins, Pacific researcher at the independent Sydney-based Lowy Institute think tank.

In an ethnically diverse country with more than 800 languages, analysts say voters are less interested in national issues than the material benefits candidates can bring home to local communities.

Further complicating the process, the electoral roll is not up to date, said Pacific analyst Henry Ivarature at the Australian National University.

"So the whole integrity of this election is already under question," he said.

The government that emerges from the elections will face significant challenges.

Nearly 40 percent of the population lives below the international poverty line, according to a 2020 report by the World Bank.

The resources- and agriculture-dependent economy posted a "weak recovery" last year, the Asian Development Bank said, after being battered by the Covid-19 pandemic, with only about three percent of the total population fully vaccinated. 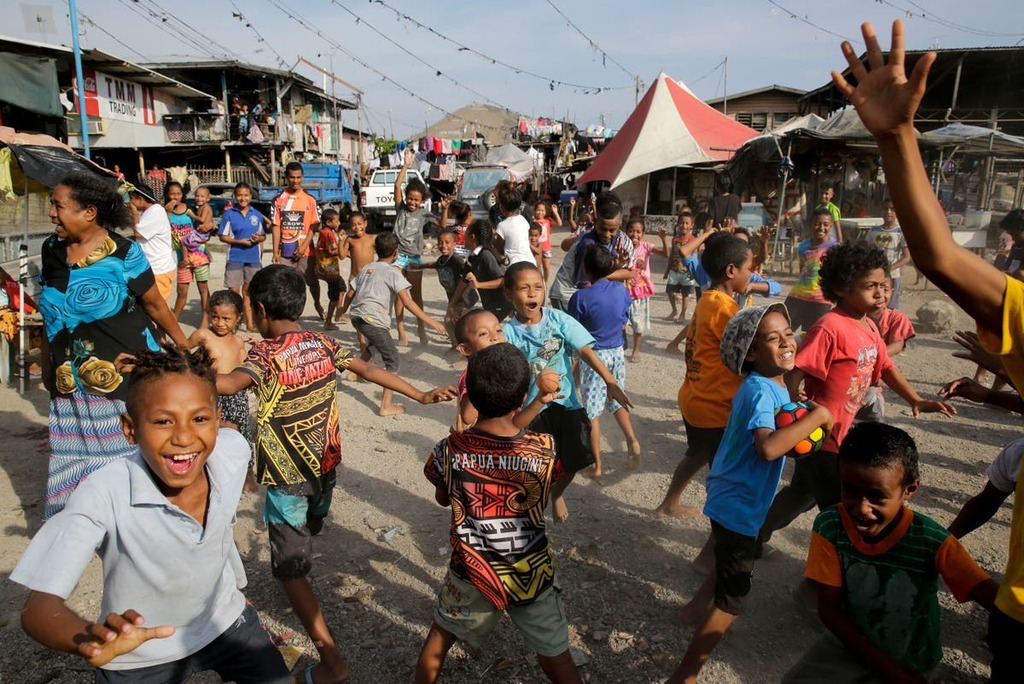 The Independent UK
One subscription that gives you access to news from hundreds of sites
Papua New Guinea's national election starts now. Here's what you need to know

Huge political rallies have been held across the country and the voting will take place over the next three weeks,…

The Guardian - AU
Women battle for seats in PNG parliament

AFP
One subscription that gives you access to news from hundreds of sites
Papua New Guinea hasn't had a woman in parliament for five years. This election may deliver change

Papua New Guinea hasn't had a single woman in parliament since 2017. But 160 female candidates and an experiment to…