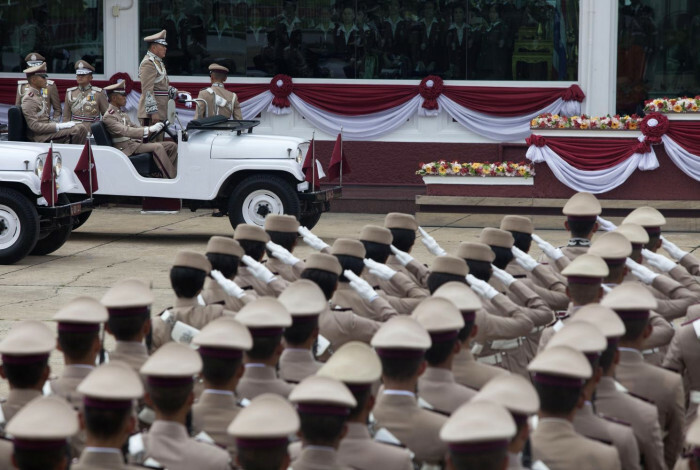 The outrageous cases of a rich cop linked to the torture and murder of a drug suspect and "Boss", the runaway lad from the Yoovidhya family, in the notorious hit-and-run saga attest to the fact that promises by Prime Minister Prayut Chan-o-cha to revamp the police and justice system are nothing but a farce.

Seven years in power should have been more than enough time for the army-chief-turned-PM to bring changes to the country's justice system, one of the promises he made when taking power back in 2014. Unfortunately, he hasn't had the political will to do so.

That's why the country continues to see police scandals including the death of a suspect in custody in Nakhon Sawan last month.

The policeman at the centre of the allegations is Pol Col Thitisan Utthanaphon, former chief of Muang Nakhon Sawan, whose brutal treatment of a drug suspect, caught in a video clip, has been blamed for the man's subsequent death. He has been suspended from the Royal Thai Police pending a probe. In the clip, he ordered plastic bags placed over the suspect's head which are said to have caused death by suffocation.

It's no secret that torture of suspects is part of police practice in this country, but the treatment meted out to the victim in this case has also been linked to further allegations of extortion and under-the-table payments between police and drugs gangs.

Despite a moderate police salary, Pol Col Thitisan, aka "Joe Ferrari" to those in the area, was found to have property worth an estimated 600 million baht. His assets, in money and property, are believed to have stemmed from arrest rewards and tax-evasion concerning the import and sale of luxury vehicles, many of which had earlier been seized by the Customs Department.

Let's face facts -- Joe Ferrari is just the tip of an RTP iceberg of graft and dodgy dealings. There are more than a few bad cops involved in illicit activities which often fund their swift ascents within the force. It should therefore come as no surprise that Joe Ferrari had been tipped as a rising star at the RTP.

Another sad fact. Despite the ongoing probe against him, the public has little if any confidence that justice will be served. There are ample reasons for their lack of optimism.

When police chief Suwat Jangyodsuk made a pledge that all the bad fingers (bad officers) would be cut off, many ridiculed the notion claiming if they did that, there would be no fingers left at the RTP.

A press conference involving the police chief and Joe Ferrari was also scandalous as it was seen as an attempt by senior police officers to close ranks and give the suspect a platform to exonerate himself. The ensuing outpouring of public anger was prompted by the familiar feeling that once again the police force was preparing to turn a blind eye to the misdemeanours of one of its own.

In many ways, the Joe Ferrari case is similar to the infamous Boss saga. It is a confirmation that money always speaks the loudest.

For almost a decade, Boss has "evaded" the long arm of the law, living a luxurious life abroad, while state authorities remained "clueless" where to find him.

The foot-dragging by police and later the public prosecutors in the case is shameful. A quiet attempt by Nate Naksuk, then deputy attorney general, to have the charges dropped in 2019 was the last straw. It's alleged that some evidence was twisted in order to support the effort by the Office of Attorney General (OAG) to drop the case.

Public outrage prompted Gen Prayut to step in, assigning former graft-buster Vicha Mahakun to lead an investigation panel. Mr Vicha did a marvelous job of pinpointing flaws, finding evidence of irregularities in the work of government officials, law enforcement agencies, public prosecutors and lawyers, as well as inconsistencies in the testimonies of witnesses and the culprits. The panel submitted its findings to the National Anti-Corruption Commission (NACC). Yet, the latter's "back to square one" approaching -- which effectively means they don't intend to act with any great haste -- only dimmed public hope that justice would be done in time. Why start all over again when the Vicha report is already so comprehensive? Another delay tactic?

If that were not enough, there are leaked reports that the OAG's disciplinary panel might this week clear Mr Nate of "committing serious offences" in not indicting the Red Bull scion when it formally concludes the probe. The panel had been expected to hold a press conference yesterday but eventually postponed the release of its report release to avoid public lynching. By now, it's quite clear that no agencies want to penalise the runaway man and those who helped him. Yes, we know who's "the Boss" in this scandal.

The pro-reform civic networks have questioned the sincerity of Gen Prayut's promises of reform and accused him of pandering to the men in khaki, whose support he will need if he wishes to retain his grip on power. He has pretended to forget that the police reform is one of the goals stipulated in the 2017 military-sponsored charter.

Instead, he will allow business as usual, shunning public expectations. Reforms in other areas, ie education, as mentioned in the charter have also been a flop, as dreams dissolved into rhetoric in the eyes of the public.

The prime minister may have his own reasons for not pursuing judicial reform.

But his lack of political will is as ugly as the suffocation with plastic bags that caused the death of the suspect in custody.