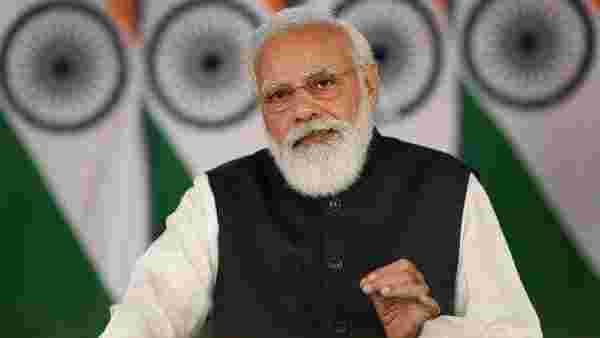 Prime Minister Narendra Modi will launch PM GatiShakti-National Master Plan, which seeks to address the issue of a lack of coordination among various agencies by institutionalising holistic planning, on Wednesday for multi-modal connectivity.

Describing it as a historic event for the country's infrastructure landscape, the Prime Minister's Office (PMO) on Tuesday said the GatiShakti project will break departmental silos and institutionalise holistic planning for the stakeholders across major infrastructure projects.

All departments will have visibility of each other's projects through a centralised portal and the multi-modal connectivity will provide integrated and seamless connectivity for the movement of people, goods and services, it said.

GatiShakti is based on the six pillars of comprehensiveness, prioritisation, optimisation, synchronisation and being analytical and dynamic, the PMO added.

Noting that infrastructure creation suffered in the country for decades from multiple issues, including a lack of coordination between different departments, the PMO cited the example of newly-constructed roads being dug up by other agencies for activities like laying of underground cables, gas pipelines etc.

"This not only caused great inconvenience but was also a wasteful expenditure," it said, adding that measures have been put in place to improve coordination.

Steps have also been taken to address other issues such as a time-taking approval process and multiplicity of regulatory clearances etc., it said, asserting that in the last seven years, the government has ensured unprecedented focus on infrastructure through a holistic outlook.

Instead of planning and designing separately in silos, the projects will now be designed and executed with a common vision and will incorporate the infrastructure schemes of various ministries and state governments like Bharatmala, Sagarmala and inland waterways.

GatiShakti is the result of Modi's constant endeavour to build next-generation infrastructure, which improves ease of living as well as ease of doing business, it added.

The multi-modal connectivity will provide integrated and seamless connectivity for the movement of people, goods and services from one mode of transport to another. It will facilitate the last-mile connectivity of infrastructure and also reduce travel time for people.