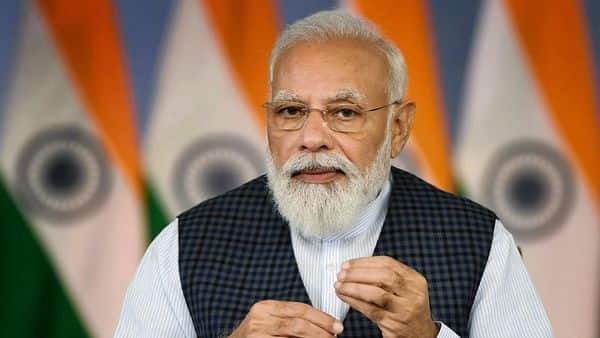 The 16 ministries and departments have put all these projects in GIS mode, which are to be completed by 2024-25, at the platform, the official said. The platform will provide high resolution satellite images, infrastructure, utilities, administrative boundaries, land and logistics.

The platform would help in increasing productivity of industry, support local manufacturers, enhance competitiveness of industry and also help in developing new possibilities for the creation of future economic zones.

It has been prepared depicting economic zones and the infrastructure linkages required to support them that can ensure the seamless movement of goods, besides integrating the planning and designing of projects with a common and holistic vision, the report said.

"It will resolve issues of disjointed planning, lack of standardisation, issues of clearances and timely creation and optimal utilisation of capacities. It seeks to use latest technologies like a Geographic Information System base Enterprise Resource Planning with over 200 layers of evidence-based decision making, planning tools for route planning, dashboard based periodic monitoring and use for latest satellite imagery," the official added.

During his Independence Day address this August, Prime Minister Modi had announced formation of Gati Shakti. Along with modern infrastructure, he said, there is a great need for adopting a holistic and integrated approach in infrastructure construction.

“In the near future, we are going to launch the National Master Plan of Prime Minister ‘Gati Shakti’ which will be a huge scheme and fulfill the dreams of crores of countrymen. This scheme of more than 100 lakh crores rupees will result in new employment opportunities for lakhs of youth," PM Modi said.

Gati Shakti will be a National Infrastructure Master Plan for our country which will lay the foundation of holistic infrastructure and will lead to an integrated and holistic pathway to our economy, he had announced.

“Right now, there is no coordination between our means of transport. Gati Shakti will break the silos, and will remove all these obstacles. This will reduce the travel time for the common man and the productivity of our industry will also increase. Gati Shakti will also go a long way in making our local manufacturers globally competitive and this will also develop new possibilities for the creation of future economic zones. In this decade, the power of speed will form the basis of India's transformation," he had said.