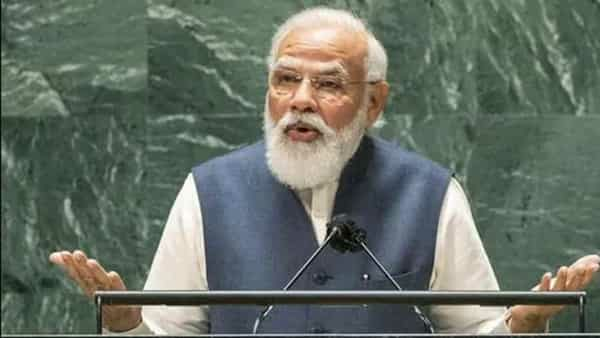 “The Prime Minister remarked that the Government's approach to space reforms is based on 4 pillars. First, the freedom of innovation to the private sector. Second, the role of the government as an enabler. Third, preparing youth for the future. And fourth, to see the space sector as a resource for the progress of the common man," Prime Minister's Office said in a statement.

This comes in the backdrop of the government opening up the space sector for private sector participation, and cleared the creation of a new entity, Indian National Space Promotion and Authorization Centre (IN-SPACe), to encourage private companies to use India’s space infrastructure.

“The Prime Minister expressed the hope that through the suggestions of the gathering today and active engagement of the stakeholders very soon a better Spacecom policy and Remote Sensing Policy will emerge," the statement said.

Modi in his monthly radio programme, Mann ki Baat has spoken about satellites being developed by Indian youth and students after the country opened up its space sector for the private firms.

Tata Group was on Friday named as the winning bidder for Air India giving it full control of Air India and its low-cost unit Air India Express as well as a 50% stake in ground handling company Air India SATS Airport Services Pvt. Ltd (AISATS), according to a finance ministry statement.

“The Prime Minister said that, during the last 7 years, space technology has been converted into a tool of last-mile delivery and leakage-free, transparent governance. He gave examples of the use of geotagging in housing units for the poor, roads and infrastructure projects. Development projects are being monitored by satellite imaging. The space technology is being used in settlement of Fasal Bima Yojna claims, NAVIC system is helping fishermen, disaster management planning is also being carried out through this technology, the Prime Minister informed," the statement said.

As part of the government’s attempt for greater participation from youth and students in space sector Atal Innovation Mission (AIM), NITI Aayog has launched the ATL Space Challenge 2021 for all Indian school students in collaboration with the Indian Space Research Organisation (ISRO) and Central Board of Secondary Education (CBSE).

“Entrepreneurs prepare new solutions on this basic platform". The Prime Minister illustrated this with the example of the platform of UPI which became the basis of a strong fintech network. He said similar platforms are being encouraged in space, geospatial fields and for use of drones in various areas," the statement said.